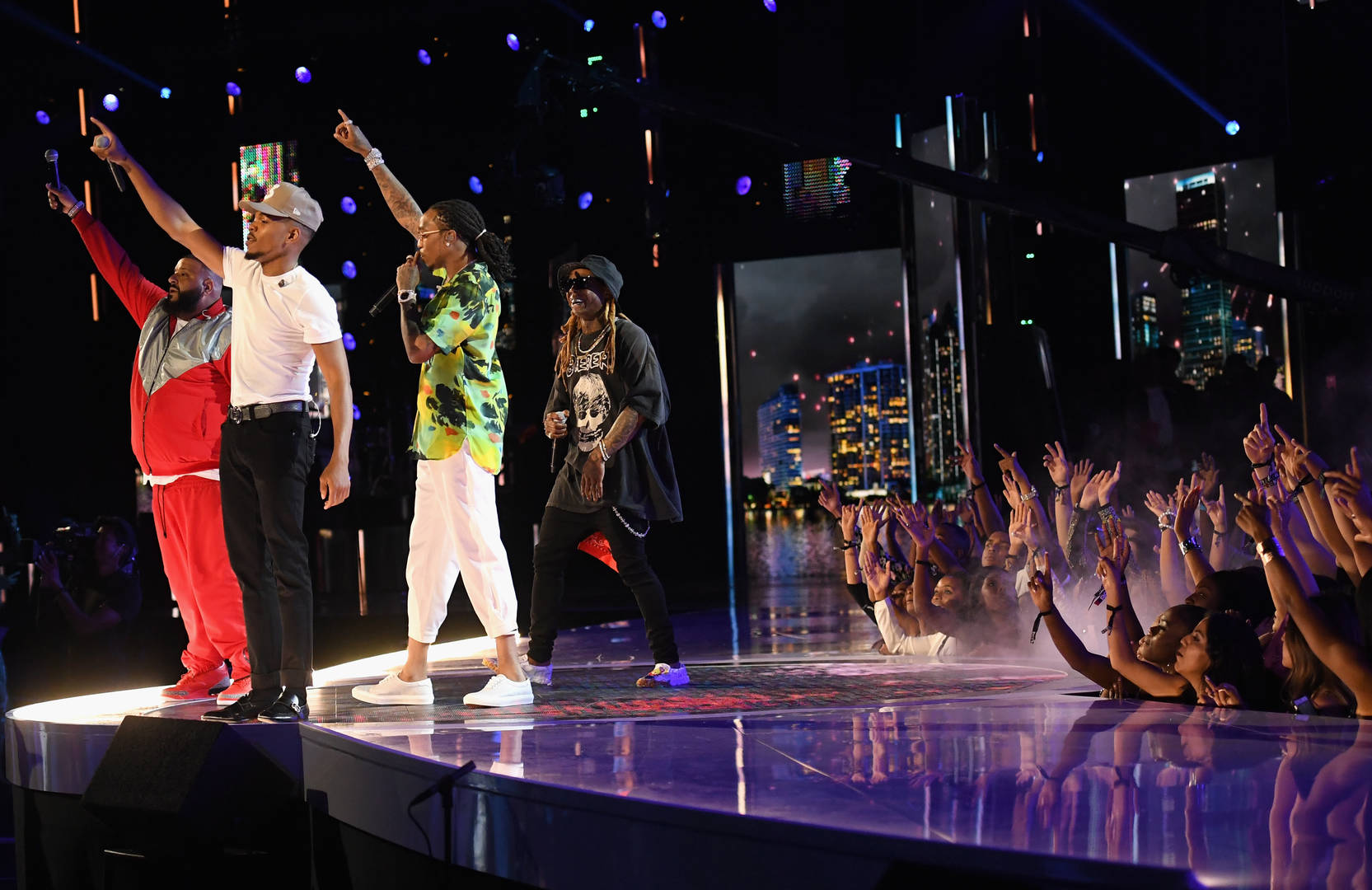 Lil Wayne, DJ Khaled, and Quavo will join Chance The Rapper to perform at the 2020 NBA All-Star Game halftime show.

Lil Wayne, DJ Khaled, and Quavo are set to perform at the 2020 NBA All-Star Game halftime show alongside scheduled headliner, Chance The Rapper. The game is set to take place at Chicago’s United Center on Sunday, and the halftime show is turning out to be quite the star-studded affair.

As Wayne, Khaled, and Quavo are billed as “joining” Chance, the odds are in our favour that the four of them will be performing at least one of the collaborations they share amongst each other. Wayne, Quavo, and Chance are all featured on Khaled’s 2017 hit, “I’m The One,” along with Justin Bieber, and Chance and Quavo also hopped on Khaled’s “No Brainer” with Bieber in 2018, though Wayne did not partake.

Common is also expected to appear at the game on Sunday, to deliver give a speech about what basketball means to the city of Chicago and as well as to introduce the players. Common, Chance and Quavo are all set to play in the celebrity game on Friday, with Common and Chance serving as team captains. Other acts include Bad Bunny, Jidenna, and Chance’s younger brother and fellow rapper, Taylor Bennett.