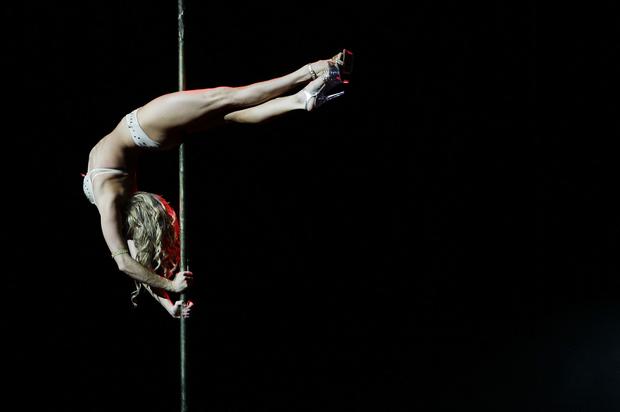 The stripper who fell from a two-story pole in a viral video and broke her jaw has declared that she never wants to perform again.

Genea Sky, the Texas stripper who broke her jaw after suffering a two-story fall from a pole while performing, reportedly has no interest in ever dancing again. The performer’s incident went viral earlier this week after a video circulated that shows Genea falling from a 15-foot pole in a Texas strip club.

Despite the nasty fall, Genea kept on dancing for the crowd, though she would later discover that the accident resulted in a fractured jaw, sprained ankle, and broken teeth. Since the establishment where Genea was performing has denied responsibility and refused to compensate her for her injury, a GoFundMe was set up to cover the costs of her medical expenses.

Undergoing such a traumatic experience coupled with bearing the full responsibility of paying for the medical care needed has understandably lead Genea to be skeptical about returning to the stage. TMZ reports that she has been telling close friends that her stripping days are behind her, as the whole experience has “scared her to death.”

However, she is reportedly grateful to all the fellow strippers that have reached out with injury stories of their own to make her feel less alone, and has become inspired to change the industry in some way in order to improve working conditions for exotic dancers. TMZ also notes that the viral incident has resulted in an outpour of offers to perform at strip clubs and appear in music videos, though she has not expressed any interest in taking them. Genea has previously appeared in multiple music videos, including G-Eazy’s “No Limit” remix.