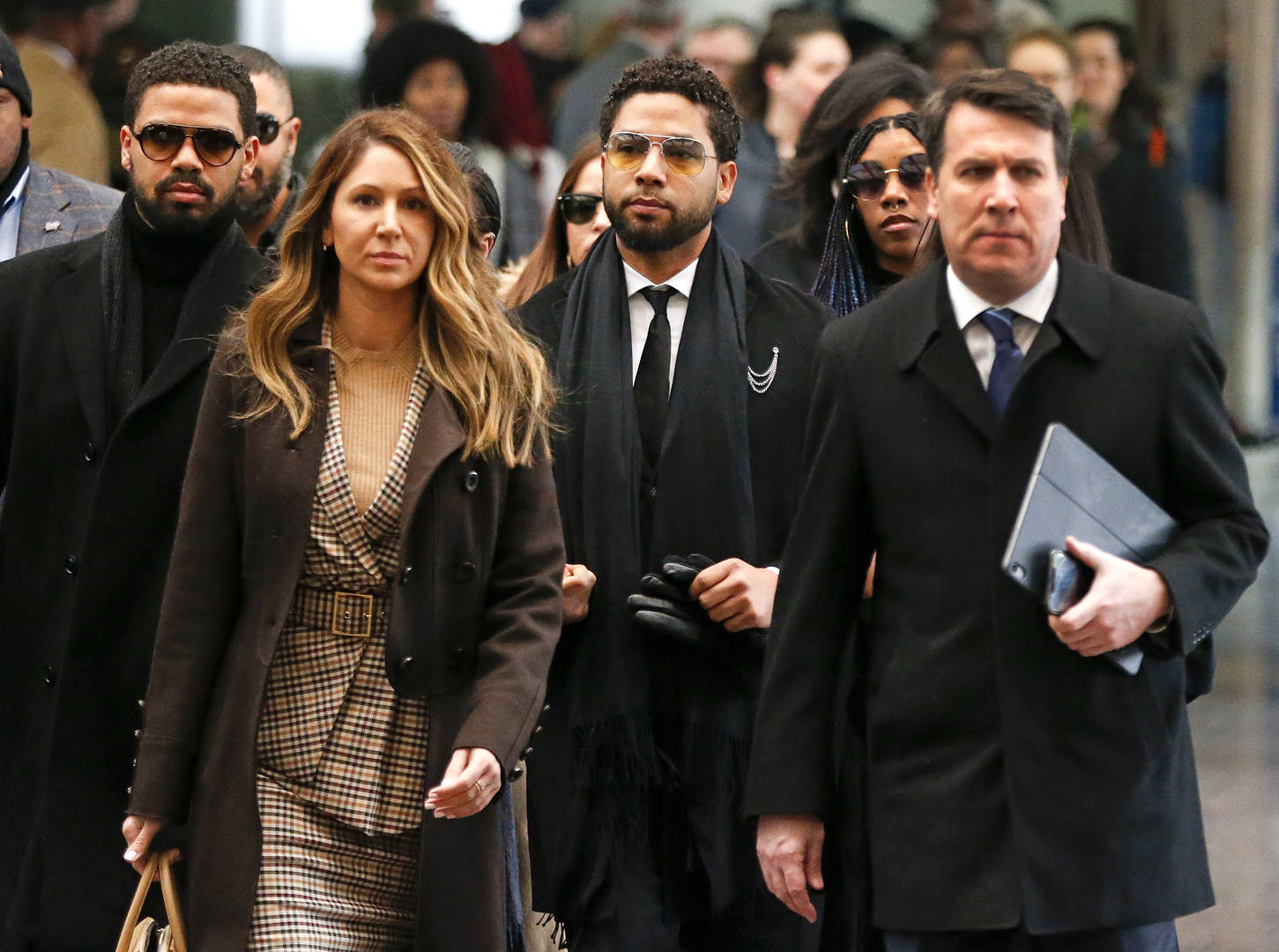 Jussie Smollett is back in court where he pleaded not guilty to felony charges of lying to the police and staging the alleged hate crime that took place in 2019.

Once again, Jussie Smollett has pleaded not guilty to the charges against him. The embattled Empire actor faced Cook County Judge James B. Lin where he entered a not guilty plea after charges related to the 2019 alleged hate crime were refiled against him. “You need to come back to court and you’re required to do so,” Linn asked Smollett. “Do you understand?” The actor responded with a simple nod. The actor also filed a motion to have the case dismissed. PageSix reports that he was released on $20K bond. He is expected to return to court on March 18th.

Abel and Ola Osundairo, the brothers who were allegedly involved in Jussie’s plot, were in attendance at Jussie’s arraignment, although they didn’t need to be. Gloria Schmidt, lawyer for the brothers, said that they’re willing to cooperate with police and testify against Smollett. “They’re lives have been put on hold for this moment and for this process,” Schmidt told reporters after the hearing. “They will be here until the very end of this process.”