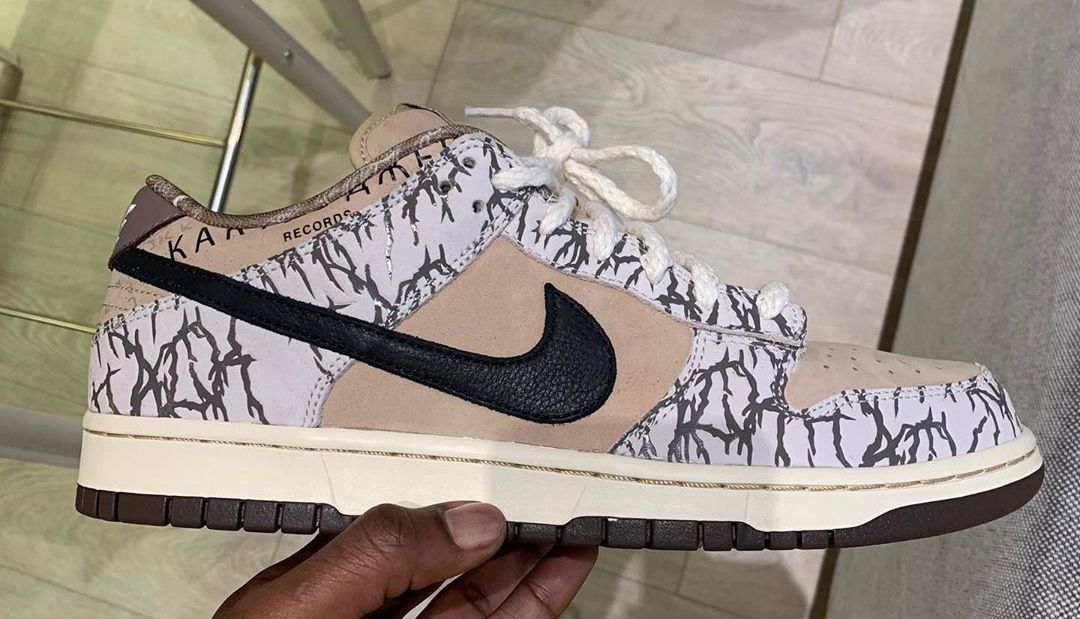 The year is young, but Travis Scott’s Nike SB Dunk Low collaboration is already a contender for 2020’s best. During his time in isolation, Scott has just shared a look at a previously unseen version of the sneaker.

The pair shared by Scott features some similarities to the retail variation, namely its cream-colored toe box, Cactus Jack Records Russian branding on the heel, and thick rope laces. Overall, however, it’s a much different pair than what made it to stores, with no tearaway paisley material or plaid at the quarter panel. There are a handful of other small detail differences between the two, but it’s difficult to pinpoint them all based on this photo alone.

As of now, there’s no plans for this sample Travis Scott x Nike SB Dunk Low to be released, but we’ll let you know if things change.