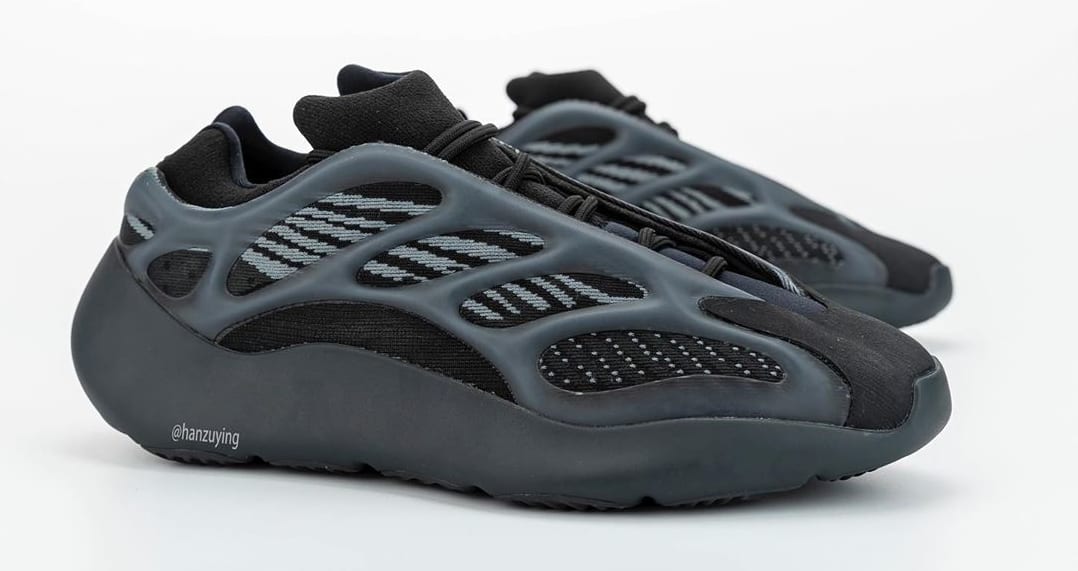 After rolling out at the close of 2019 in its debut “Azael” colorway, the Adidas Yeezy 700 V3 could have more variations on the way in 2020.

New images from leak account dirtymoney823 depict a blacked-out version of the sneaker, which, unlike the 700 V1 and V2 before it, does not feature Boost cushioning. This colorway includes reflective accents near the toe, although it’s not clear if the cage features the same glow-in-the-dark treatment found on the “Azael” version.

As of now, release date details are unavailable, but should it come to fruition, this black Yeezy 700 V3 would align with the timelines of previous Kanye West Adidas sneakers, eventually dropping after the debut colorway.

UPDATE (01/07): Thanks to hanzuying, here’s a closer look at the upcoming “Alvah” Yeezy 700 V3. Similar to the “Azael” colorway, it has now been confirmed that the upper will also feature a glow-in-the-dark element on the cage. According to the Yeezy Mafia, the “Alvah” Yeezy 700 V3 is expected to release in full-family-sizing on Feb. 15, 2020 for $200.

UPDATE (04/04): Originally expected to release back in February, the Yeezy Mafia reports that the “Alvah” Yeezy 700 V3 is scheduled to drop on April 11 at for $200. Stick with Sole Collector for updates.

Vans Is Helping Small Businesses Affected by the Coronavirus