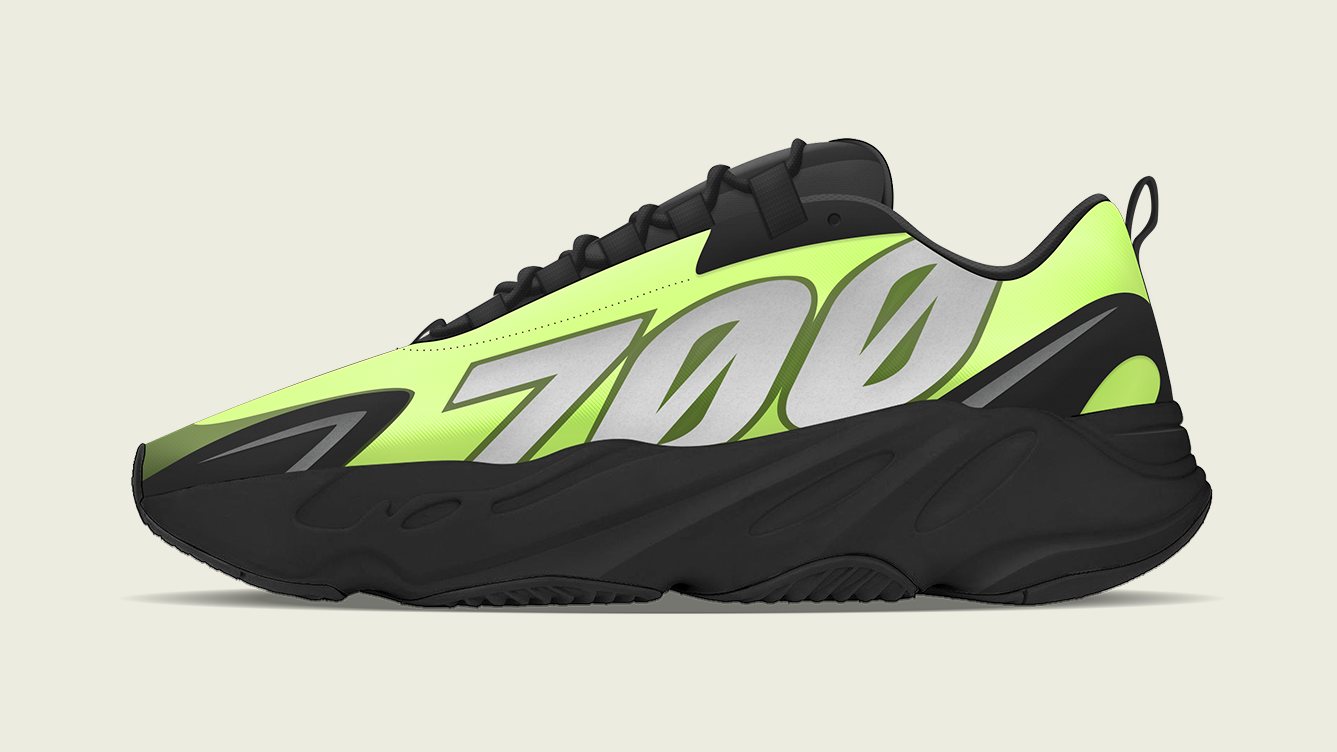 Around this time last year, a brand new Yeezy Boost 700 model surfaced with a completely revamped upper and bold reflective branding. At the time, the sneaker was believed to be called the Yeezy Boost 700 VX, but newly leaked info suggests a different moniker for the unreleased design.

According to Yeezy Mafia, the shoe will now be named the Yeezy Boost 700 MNVN. Set to release in “Triple Black” and “Orange” iterations, the model was co-designed by Christian Tresser and Steven Smith, a detail West confirmed in a December tweet.

Rather than the suede, leather, and mesh combinations seen on prior Yeezy Boost 700 and Yeezy Boost 700 V2 sneakers, the MNVN variation opts for a mostly synthetic construction which also lacks the details paneling of its predecessors.

UPDATE (12/06): According to the Yeezy Mafia, the upcoming Adidas Yeezy Boost 700 MNVN will be dropping in a new “Phosphor” colorway featuring a neon yellow nylon upper with a reflective 700 branding printed on the sides. The leaker account is also reporting that the style is expected to release sometime in Spring 2020 for a $220 price tag. Stick with Sole Collector for updates in the coming weeks.

UPDATE (01/08): With several Yeezy Boost 700 MNVN colorways already on tap for Spring 2020, Yeezy Mafia is reporting that yet another make up will join the mix in “Bone.” Like its name suggests, the colorway uses a mostly off-white upper which, like the other upcoming MNVN styles, is broken up with a solid black midsole and accents throughout the toe, heel, and tongue. Check back soon for the latest confirmed details on the “Bone” Yeezy Boost 700 MNVN as well as other upcoming pairs.

Undefeated Wants You to Customize Its Collaborations