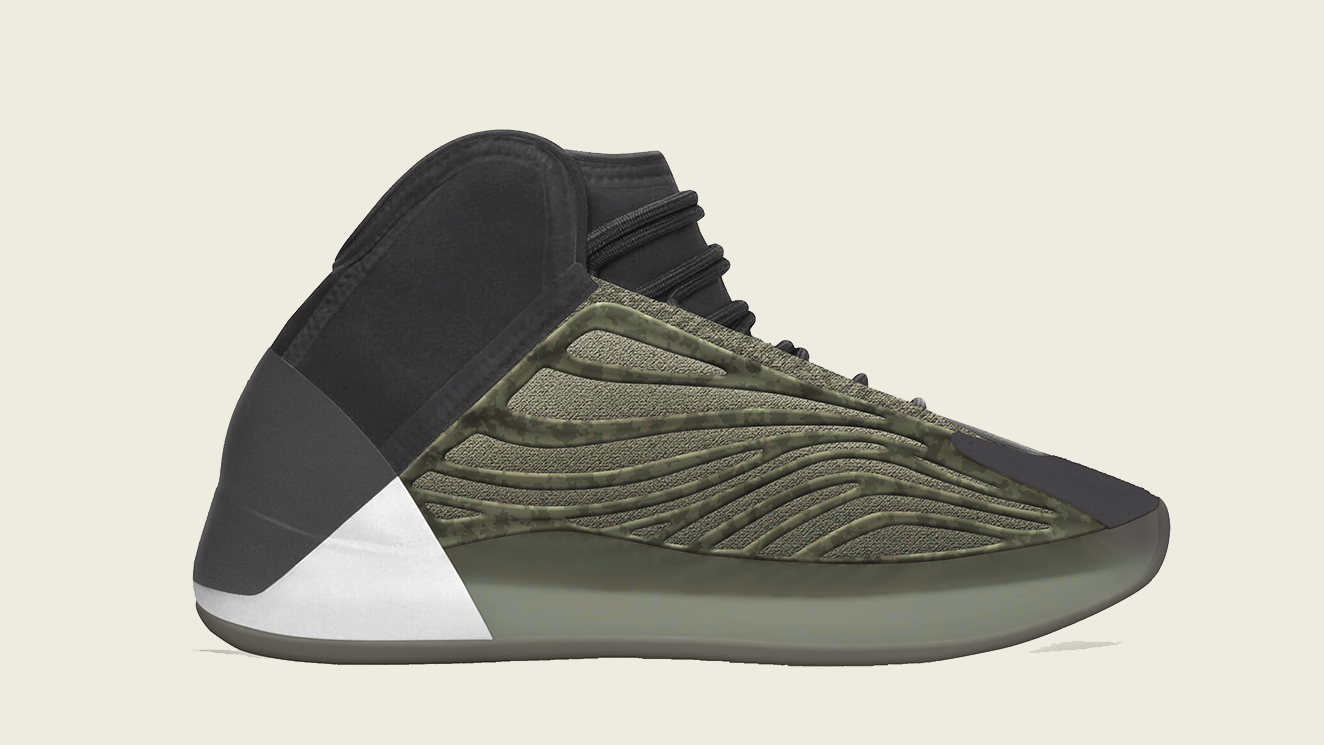 @pyleaks is reporting that the Adidas Yeezy Quantum sneaker will drop in an all-black “Barium” colorway. Despite its triple-black blocking, it’s noted that this is merely a mock up and does not represent the final version of the sneaker.

With the Yeezy Quantum’s debut colorway still expected to release sometime this spring, the black makeup will reportedly be arriving during the second half of 2020. Check back for a confirmed date and official images in the coming months.

UPDATE (03/19): More details regarding the upcoming “Barium” Adidas Yeezy Quantum has been revealed. According to the Yeezy Mafia, the basketball model will now feature a dark green Primeknit upper that’s fused with black panels on the toe and heel counter. The aforementioned green hue continues onto the Boost-cushioned midsole. The style is currently slated to launch during the summer season at select Adidas Yeezy stockists for $250.

UPDATE (05/22): According to the Yeezy Mafia, the Adidas Yeezy Quantum “Barium” is scheduled to release on June 25 for $250. Unlike the initial release, it’s rumored that only the lifestyle version of this pair will be dropping.

Steve Jobs Wore a Cheap Watch: These Are the Affordable Watches Celebrities Love