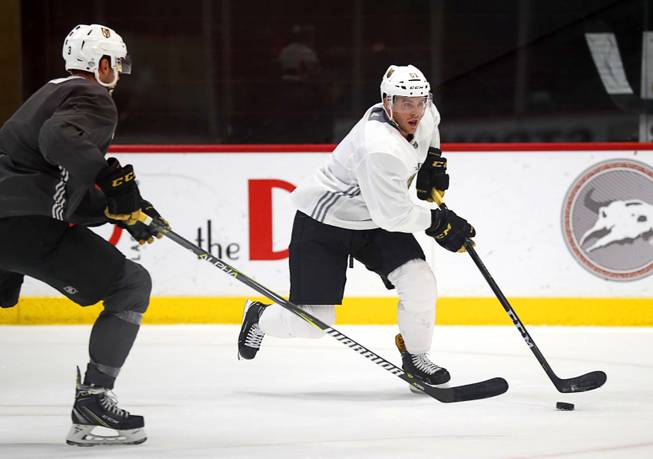 The National Hockey League is targeting early June to start returning from its coronavirus shutdown and will initially allow a limited amount of players to train at team-operated practice facilities, according to a memo released to teams today by the league and the NHL Players’ Association.

The plan calls for a maximum of six players at a time in a practice facility, and players would be required to wear protective masks at any time they are not exercising or on the ice, according to the 21-page memo. On-ice sessions would be reserved for players only, so no coaches or any other staff.

All participation is voluntary, and teams cannot require players to return to home cities in order to begin workouts. Players can, however, train in facilities other than their own teams’ buildings — so a non-Golden Knights player would be permitted to use City National Arena.

The memo only detailed procedures for returning to facilities and small-group workouts. An agreement between the league and players’ association on training camp and games is still being worked out, including a scenario where Las Vegas is a hub city for multiple games in a 24-team playoff.

Players will be tested for COVID-19 two days before entering a facility, then twice a week after that with daily self-checks for temperature and other symptoms, according to the memo. Additionally, testing of asymptomatic members of the organization “must be done in the context of excess testing capacity, so as not to deprive healthcare workers, vulnerable populations and symptomatic individuals from necessary diagnostic tests.”

The NHL paused on March 12 and instructed players to self-quarantine in their homes.

There has been recent movement toward hockey resuming, including a Friday night agreement by the players’ association that they would move forward with the league on a 24-team playoff format. In this proposal, the Golden Knights would receive a first-round bye and play once the field is whittled to 16 teams.

Bryce Hamilton aiming to build on breakout season for UNLV –