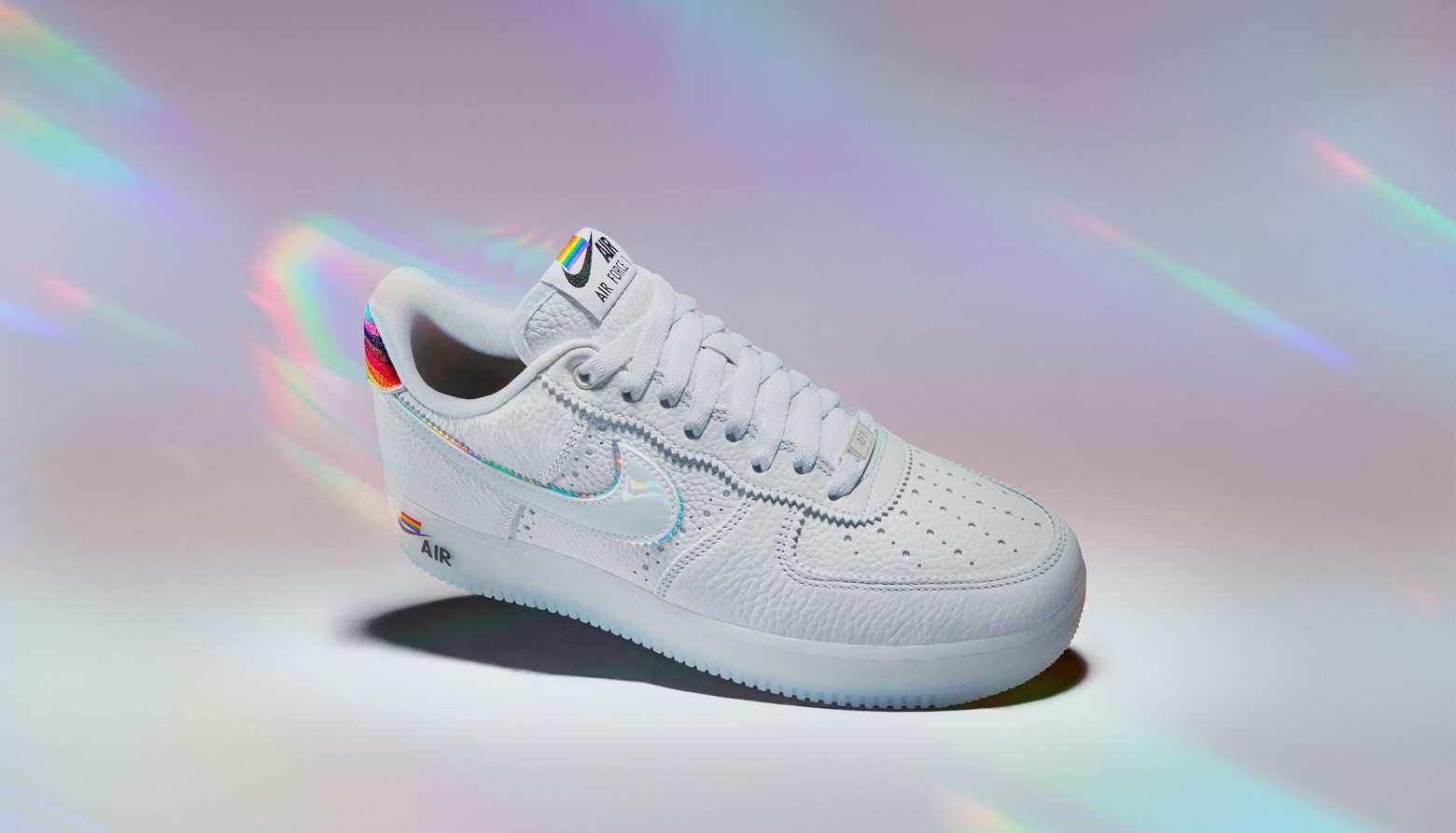 Since 2012, Nike’s “BeTrue” collections have transformed the former college hoops campaign of the ’80s into collections that are influenced by and support the LGBTQIA+ community during Pride Month. This year, the brand will carry on tradition with a new three-model collection accompanied by a range of apparel.

The Air Force 1 Low ($120) is said to be inspired by underground ballroom culture and is blocked with a mostly white tumbled leather upper with accents coming in the form of a rainbow embroidered heel, pearlescent Swoosh, and midsole branding next to the traditoinal “AIR” logo.

The collection’s Air Max 2090 ($150) blends a combination of colors “to celebrate unity in times of uncertainty,” according to a press release from the brand. The multicolor sneaker includes “BeTrue” branding on its mudguard.

Rounding out the collection is the ACG Air Deschutz ($90). Here, the just-retroed early ’90s sandal gets discreet colorful accents on the undersides of its straps. Also unique to this model is the addition of a small stash pocket on the heel strap.

All of the shoes featured above will release as part of Nike’s 2020 “BeTrue” collection beginning on June 5 in Greater China followed by a global launch on June 19.