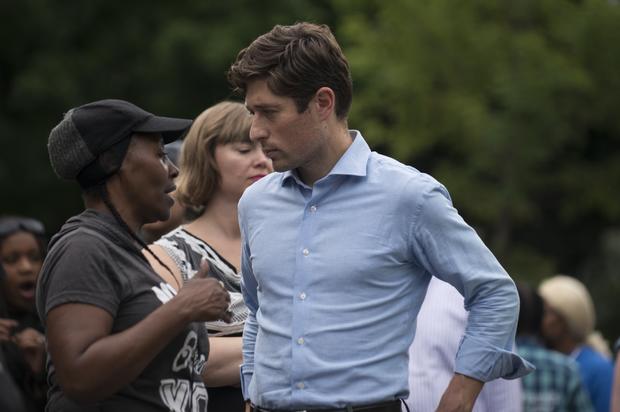 George Floyd was murdered by police in Minneapolis last week and in the aftermath of his death, there have been protests all across the United States. These protests have mostly been peaceful although on occasion there have been some riots and even the occasional looted store. Regardless of the methods of protest, it is clear that the people want justice and they want to see a concrete end to police brutality all across the nation.

Today, there was a memorial service for Floyd in Minneapolis and Mayor Jacob Frey was there to pay his respects. In an emotional moment, Frey approached Floyd’s casket and knelt to say a prayer. While doing so, Frey stopped and began to sob as he was overcome with emotion during the moment.

There was a large gathering of people for the service including celebrities like T.I., Kevin Hart, and even Ludacris. Floyd’s death has touched a lot of people and it is a stark reminder of the inequality in this country. Not to mention, Floyd was seen as a leader in his community and many wanted to pay their respects to a man who was unjustly taken way too soon.

Hopefully, the protests all across the country lead to some real change.