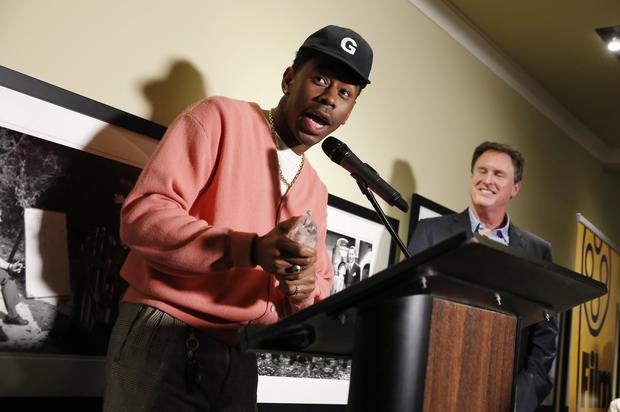 This GOLF WANG t-shirt makes reference to a young black man who was wrongfully convicted and murdered.

Tyler, the Creator’s clothing line GOLF WANG has never been shy to push boundaries and make big statements with their drops. Back in 2018, the brand releases a t-shirt with the face of George Stinney Jr. printed on the front. For those who don’t know, Stinney Jr. was arrested at the age of 14 and was eventually convicted of a crime he never committed. In 1944, he received the electric chair as punishment, and to this day, he is still the youngest person to ever be given the death penalty.

In light of the murders of Breonna Taylor, George Floyd, and Ahmaud Arbery, GOLF WANG took to Instagram with a photo of their infamous shirt and a small explanation of what it stands for. As you can see from the post below, the t-shirt had many commenters asking for the shirt to be released again sometime in the near future. Some even suggested that the last shirt in stock should be auctioned off for charity.

Clothing pieces such as this one always tend to get a visceral reaction from fans and with the turmoil in the world right now, we can expect even more politically charged pieces from various brands, in the not so distant future.