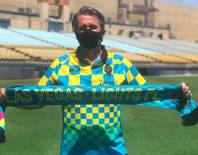 When the Las Vegas Lights FC restart the season, it will do so with a new interim coach.

The Lights announced today that they have hired two-time MLS championship-winning coach Frank Yallop to lead the team through the 2020 campaign.

They will begin a search for a permanent coach after the season. Yallop said he is not interested in the permanent job.

“I’m excited and can’t wait to get started,” Yallop said in a statement. “There is a great opportunity here to build upon the foundation set by Lights FC and its great fanbase. I know I can bring stability and insight into the club and help position it for long-term success.”

He won the MLS Cup in 2001 and 2003 with the Earthquakes and has coached the Chicago Fire and Los Angeles Galaxy.

Born in England and raised in Vancouver, Yallop has coached Canada’s national team and is a member of the Canadian Soccer Hall of Fame.

“I am really excited that Frank will be leading Lights FC this season,” team owner Brett Lashbrook said in a statement. “Frank agreeing to serve as our ‘caretaker manager’ for this season is a perfect solution to what was initially a difficult situation in the last week when our head coach position unexpectedly became vacant.”

The Lights dismissed coach Eric Wynalda on June 17 for a violation of team rules.

The Lights played one game this year before the coronavirus pandemic halted the season. The league announced this month that its provisional date for a reset is July 11.