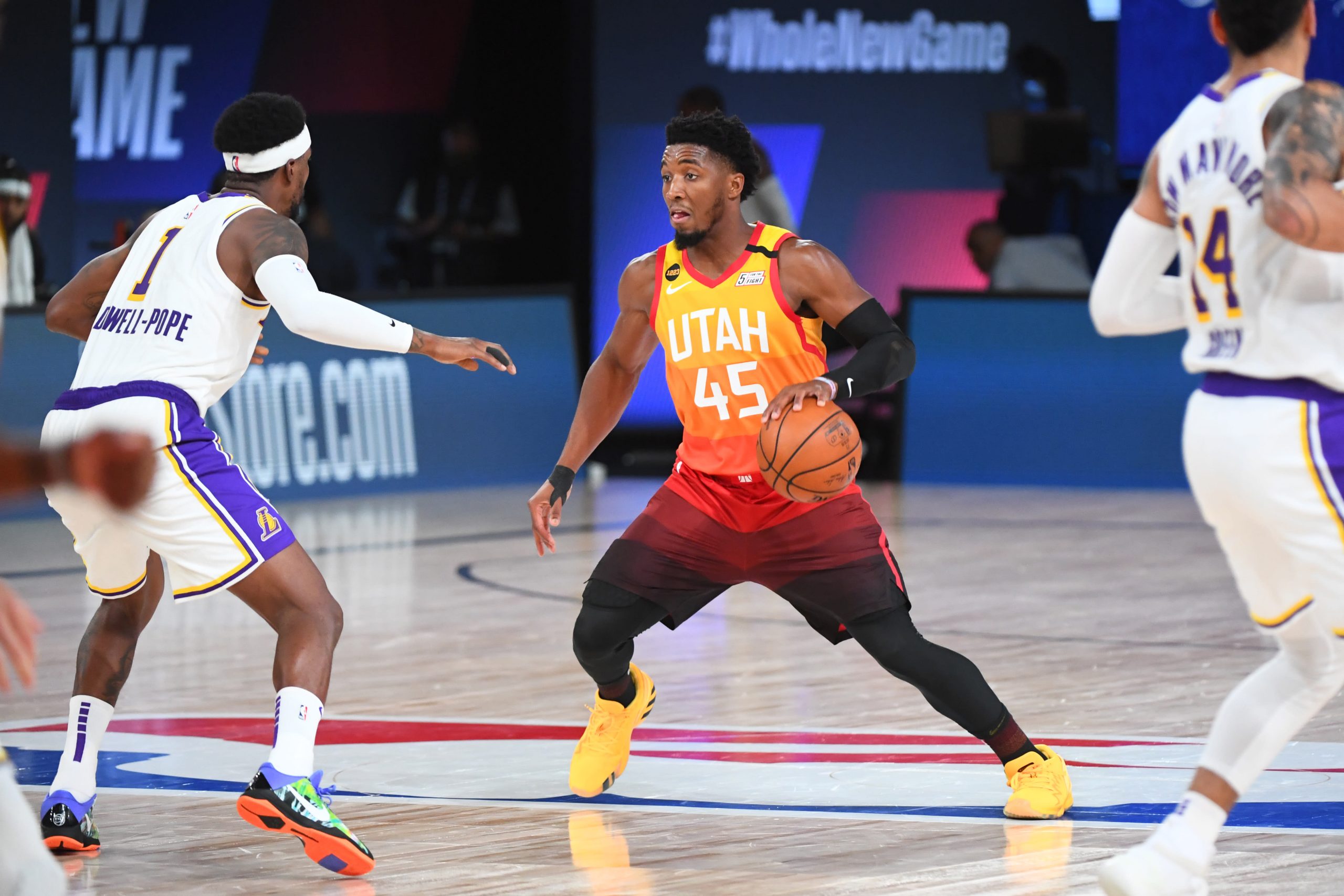 Donovan Mitchell’s NBA career is off to just about as good of a start as he could have imagined. Almost three years in, he is an All-Star, a Slam Dunk Contest champion, his Jazz are in position to make the playoffs for a third consecutive year, and he is ready to unveil his second signature sneaker with Adidas.

As with the D.O.N. Issue #1, Mitchell and the sneaker’s designer, Rashad Williams, are introducing the #2 to the world with help from Marvel as a nod to Mitchell’s “Spida” moniker. The “Spidey-Sense” Issue #2 will be the first pair to release when it arrives on Aug. 28 for $100. Last year’s Spider-Man collaboration was a bit more obvious, boasting the blue and red color scheme of everyone’s favorite friendly neighborhood superhero, but this year’s version has a bit deeper of a meaning.

“The inspiration and story behind the partnership sneaker is all about trusting in your instincts,” Mitchell says. “The hope is that by trusting in those instincts, that they will guide you to positive actions and outcomes.”

Along with a continued creative partnership with Marvel, the D.O.N. Issue #2 is set to come colored up via a collaboration with Crayola by way of three vibrant pairs releasing on Oct. 10. They are inspired by Mitchell’s mother, who is a school teacher.

“At Adidas, we pride ourselves on being a brand of creators and around creativity,” designer Williams tells Sole Collector. “So the natural fit was like: boom, Crayola. And Crayola was a great collaborative partner there. They love the story around Don and they loved the fact that his mom was a teacher. And how art is always looked at, or the first on the chopping blocks in schools.”

Mitchell has worn both of these collaborations during the NBA’s restart in the Orlando bubble, where he said he brought 50 pairs of sneakers with him and enough clothing to fit into eight bags. From a performance standpoint, Williams, Mitchell, and the rest of the design team aimed to create a shoe that would increase the point guard’s defensive performance and help him achieve the goals of reaching another All-Star Game and making the playoffs again.

“What that meant was him being able to hopefully guard LeBron a little bit closer and coming off of screens and really locking down,” Williams says. “So what we did is we started with performance and we got our performance team out there and did some testing and really focused on his lateral movements. So making sure he had great containment and great underfoot cushioning.”

Williams explains that Mitchell was much more hands-on in the design process of the #2 than he was the #1, and would often call meetings with the team to perfect his sneaker. He told one story of Spida requesting the team fly out to Utah and meet after a 7:30 pm game, where they then worked until 4 am going through rounds of ideas and drafts.

Specifically, Mitchell was persistent about the shoe having a “⅝ style” cut as well as adding spiderweb detailing to the outsole to pay homage to his nickname. The web also provides traction on the court necessary for the ins and outs of a 48-minute NBA game.

It’s clear that Mitchell, Williams, and the Adidas basketball team have created and alluring product, as other stars around the league have been wearing both the #1 and #2.

“It’s special and something I would have never imagined in this league,” Mitchell says of seeing other players in his shoes. “It’s an honor and I count my blessings every day.”

Before the bubble, Mitchell was one of the most involved NBA athletes when it comes to interacting with his fans. Before and after games he was often seen taking pictures, signing autographs, and even exchanging sneakers with kids in the stands.

“I was that kid in the stands for so long and to be the guy on the other side of it, is just a full circle moment,” Mitchell says. “I want to inspire and show kids that you can do anything if you work hard and stay focused. Being here, playing in the NBA was my goal but I didn’t think it would happen the way it has. As for the kids, you never know what other people are going through—to put a smile on a kid’s face. Seeing that happiness, even if it’s just for a short time, by giving them some shoes, means a lot to me.”