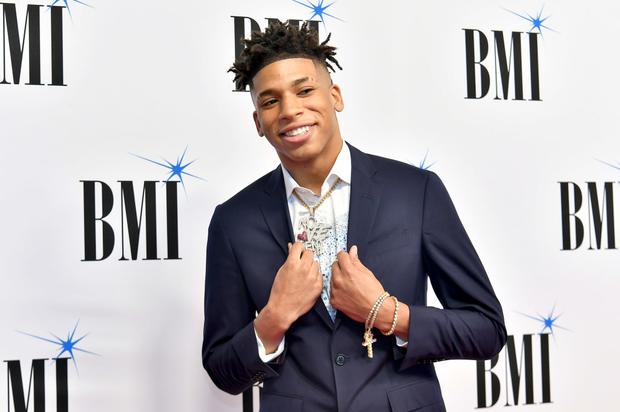 NLE Choppa addresses his previous comments about Travis Scott’s collaboration with McDonald’s where he urged people to stop buying the rapper’s meal.

When NLE Choppa told his followers to stop buying the Travis Scott Meal at McDonald’s, he intended no ill will toward La Flame. He simply was preaching the benefits of a plant-based lifestyle.

Fast-food restaurants are ridiculously unhealthy, which is something that NLE Choppa has realized in the last few years. Despite his busy schedule, the 17-year-old rapper keeps a plant-based diet, which includes growing his own fruits and vegetables in his garden.

He posted an update on his garden today, walking around his backyard and showing off some fresh cucumber and watermelon plants with his mother, but he also took some time to clarify what he meant by telling people to stop eating the Travis Scott Meal.

“These people say I sound like a hater because I said to somebody to stop eating some shit that’s not good for them,” said NLE Choppa in a new video. “If anything, I sound like a supporter. Stop eating McDonald’s period. That shit is human meat. That shit is fucked up. Bro, that shit isn’t even real food. You can go on YouTube and look up what you’re eating. They done found human meat in these fools’ meat grinder, man. I’m just saying, I care about y’all. I ain’t even mad, I ain’t even pressed. I’m just clearing shit up. I’ve never been a hater. I don’t hate on no man.”

Do you think NLE Choppa has a point?

Kendall Jenner Self-Identifies As A Stoner