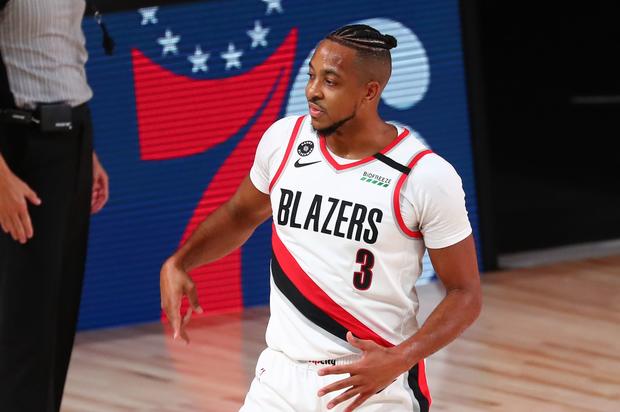 Paul Pierce actually had something nice to say about LeBron.

At this point, Paul Pierce’s distaste for LeBron James is well-documented. Due to their rivalry over the years, Pierce has been highly critical of the Lakers superstar, which has led to a lot of upset fans on social media. This past week, Pierce got himself into even more trouble as he said that teams need to stop being scared of LeBron because simply put, he’s not all that scary. Immediately after delivering this take, LeBron went out and punched his ticket to the NBA Finals.

As a result of this, Pierce actually gave LeBron props last night. In fact, Pierce said that if LeBron were to win the NBA championship, he would immediately be second on his all-time list, right behind the likes of Michael Jordan.

CJ McCollum of the Portland Trail Blazers saw these comments and immediately took a light jab at Pierce saying “Baby steps . I like it Paul. Signs of maturity lol.”

With Pierce giving props to LeBron, it’s clear that 2020 is unlike any year we have seen in recent memory. All joking aside, the Lakers will be playing the Miami Heat and for now, it seems they are the heavy favorites.

Let us know who you think is going to win the title.