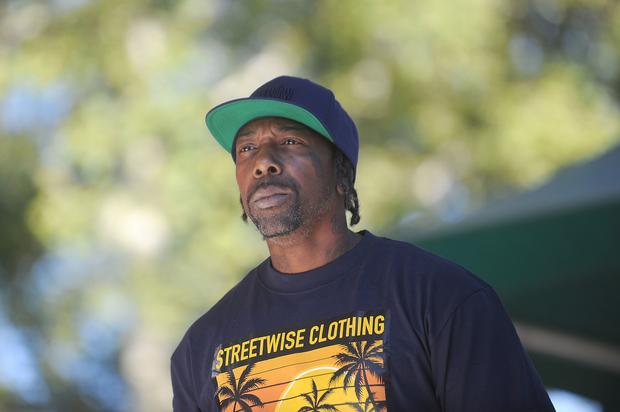 MC Eiht and Tha Chill respond after Faizon Love drags them into his rant about Dave East’s gang affiliation.

Faizon Love sent shots at Dave East recently after he declared the Harlem native a “fake crip.” This diss seemingly came out of nowhere in the middle of a conversation about Katt Williams as Love invoked the good name of MC Eiht. “That corny ass fake crip n***a. I be like, ‘What the fuck?'” Faizon said. “I was so surprised that MC Eiht gave him a stamp. I know MC Eiht official. So he gave him a stamp. I don’t know if that’s about the music business, but I don’t know. But the song he did with Dave East was wack.”

MC Eiht and Tha Chill, who also appeared on the song with Dave East, formally issued a response to Love during an interview with HipHopDX. Eiht was relatively fair in his assessment of the situation. “I did a song with an artist and a homie, period, verifying his gang affiliation is my now job. My nia J Stone and Snoop fuck with Dave, but I’m the one getting called out. Now that’s comedy for you [laughs],” he said. “Sounds like a podcast ratings move, so don’t include me in the quest for ratings. Too much hate from West Coast nia, period. Must be doin’ something right. I’m being mentioned on nia’s podcast. Damn, I feel important this morning.”

Tha Chill, however, didn’t brush it off as easily as MC Eiht.

“I’m on the song too and I got super respect and love for the homie Dave East,” he said. “Faizon, I have no clue where you from or what gave you the right to speak like that to a legend. I didn’t hear that when the homie Snoop or J Stone got down wit the Harlem homie. I suggests you get another role as big as Friday and stay outta Crip business. Last warning.”