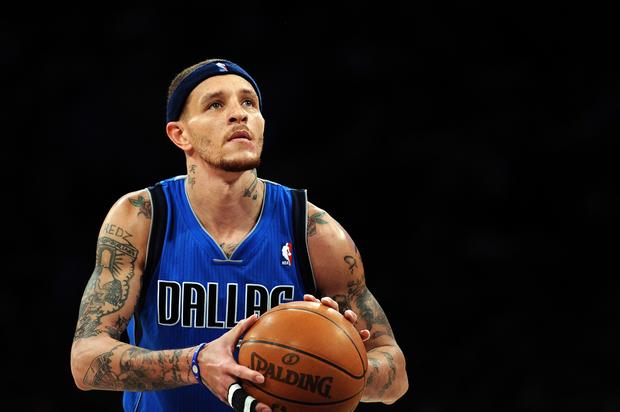 Mark Cuban helped West check-in and paid for his rehab. The Mavericks owner has reportedly helped West on and off for years.

The status of Delonte West has worried the sports world for some time. The former basketball star played for teams including the Cleveland Cavaliers, Boston Celtics, Seattle Supersonics, and Dallas Mavericks, but in recent years, the 37-year-old’s health has been a cause for concern. People have uploaded videos of West on the streets, either dancing erratically, begging for money or food, or wandering aimlessly. There were rumors that he suffered from various mental health or substance abuse issues, and Mavericks owner Mark Cuban decided it was time for him to step in once again.

With the help of Delonte West’s mother, Cuban was able to help track him down and was filmed reuniting with the former baller. The Dallas News reports that Cuban told them in 2016 that “We’ve tried to help him so many times, you have no idea.” They also report that Cuban took West to a rehabilitation center in Florida and paid for his stay immediately after their most recent reunion.

Back in 2012, Delonte West told Dallas News just how much Mark Cuban had done for him. He shared that because of his notoriety and legal problems, his career became non-existent and he even had trouble finding housing. “Soon as Mr. Cuban heard about that, he made one phone call and everybody was lining up to rent me an apartment,” West said at the time. “They were calling back saying, ‘Hey, we’ve got the penthouse suite for you.’”

“I Want To Let The Homie Rest”