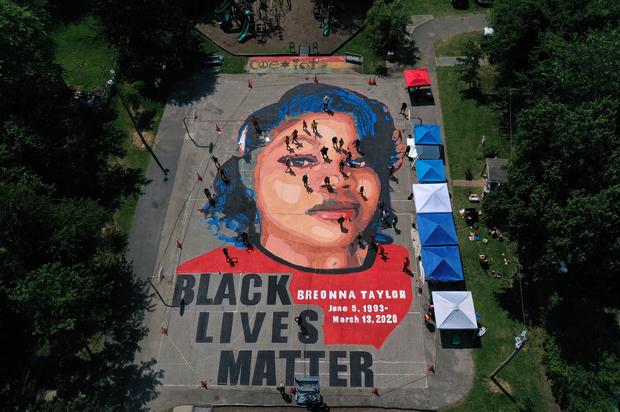 Kentucky Attorney General Daniel Cameron invoked Breonna Taylor’s name during his speech at the RNC speech only to announce that the officers involved in her murder won’t be facing any charges. Only one officer was indicted in the case and it wasn’t for shooting Breonna Taylor but rather, missing into her neighbor’s apartment.

An anonymous grand juror filed documents in courts asking the judge to grant permission for the grand jury recordings to be made public. The juror felt that Cameron dragged them after announcing “the grand jury alone made the decision on who and what to charge based solely on the evidence presented to them.”

“It is patently unjust for the jurors to be subjected to the level of accountability the Attorney General campaigned for simply because they received a summons to serve their community,” the juror said in the documents.

Cameron has since agreed to allow these recordings to be made available to the public because they’re “confident in the case we presented.”

“That conclusion is supported by the grand juror who came forward to say that the attorney general misrepresented the grand jury’s deliberations,” a statement from Taylor’s family reads. “We fully support the call to release the entire proceeding transcript as the only way to know what evidence was presented and how the grand jury instructions led to this outcome.”

They added, “Law-abiding citizens — including Black citizens — have the right to live peacefully in their homes, without police breaking down their doors in the middle of the night, and they have a right to protect themselves and their property from intruders. The police cannot claim their use of force was justified when they wrongly broke into Breonna’s apartment in the first place.”

DJ Khaled Shows Off His New Chain From Drake