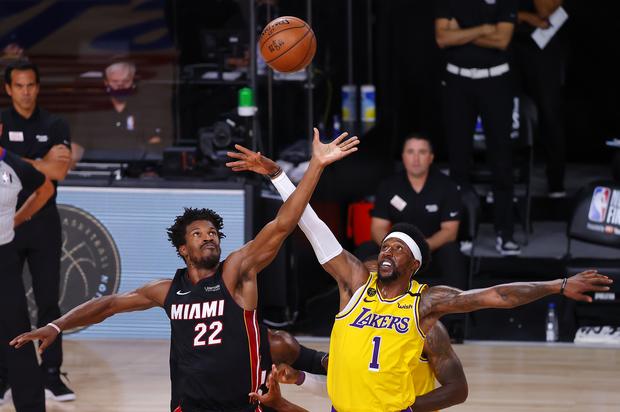 Jimmy Butler and the Miami Heat had a rough start to the NBA Finals last night as they lost to the Los Angeles Lakers by 18 points. Players like Bam Adebayo and Goran Dragic were injured in the match which means it’s likely they will have to miss Game 2. This puts the Heat at a major disadvantage and fans are worried this could spell the end of their title hopes.

Today, during media availabilities, Butler spoke about Game 1 and all of the people who think this NBA Finals will be a wash. As he explained, the Heat have been underdogs all season long and that they thrive in these positions.

“Everybody probably thought they were gonna do that to us anyways. Probably think they’re gonna do that 3 more times. I beg to differ. No one picked us to be here,” Butler said. “We embrace it, we love it, and we know that we can win, but we’ve got to play perfect. So coming into game 2, backs against the wall, yada yada yada, we’re gonna win.”

Based on these comments, it’s clear Butler still has confidence in this Heat team, however, it’s going to take quite a bit of luck to overcome this thriving Lakers squad.