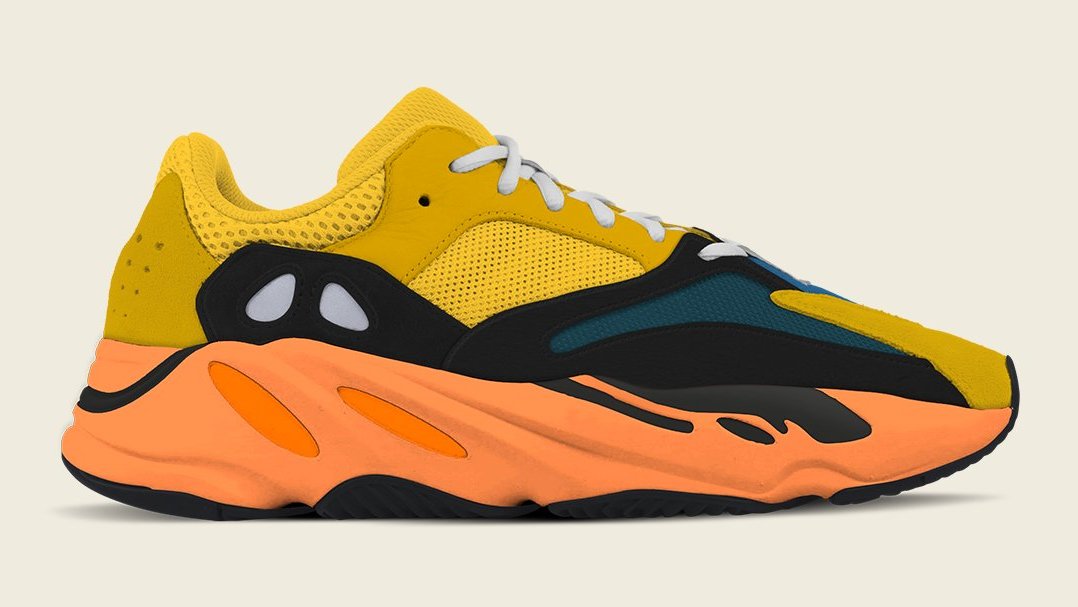 Outside of the 350, the 700 may be the most beloved Adidas Yeezy sneaker to date, and a vibrant new colorway is in the works for next year.

Yeezy Mafia reports the “Sun” Yeezy Boost 700 is on the launch calendar for early 2021. Somewhat of a remix of the original “Wave Runner,” the shoe is expected to feature a bright yellow upper, black and turquoise panels and a bright orange midsole. A clear look at the upcoming release hasn’t yet surfaced, but the sample did pop up last summer.

This will also mark the long-awaited return of the OG variation of the 700, which has been absent from retail for nearly a year. Since last December’s “Carbon Blue” release, Adidas has dropped the 700 MNVN and 700 V3.

The official release date hasn’t been announced, but we’ll update you when new details are revealed.