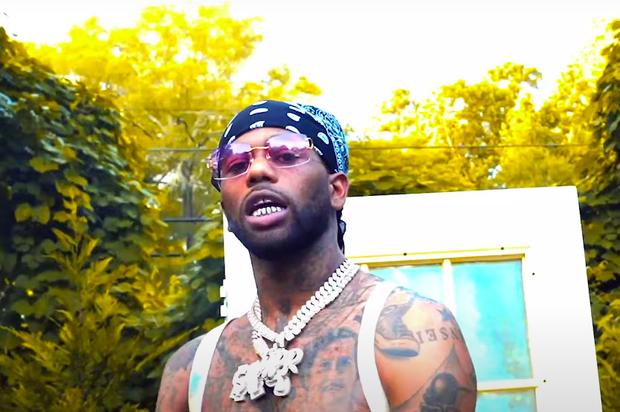 Hoodrich Pablo Juan & Danny Wolf Reunite On “Get In My Bag”

Hoodrich Pablo Juan moves at his own pace. Often times, that pace is quite rapid. The rapper has continued to flood the streets through the pandemic with loose singles and the release of Hood Champ in May. For those who’ve been waiting on his next collaborative effort with Danny Wolf, it appears that could be next on the docket. The two artists, who’ve been frequent collaborators over the years, teamed up for their latest offering, “Get In My Bag.” Hoodrich’s gruff, baritone delivery rides Danny Wolf’s bass-heavy production, detailing the ins-and-outs of the street.

It’s been two years since the pair released their last collaborative project, Hoodwolf 2. Hopefully, we’ll be seeing the follow up to that before the year comes to an end.

Check the track out below.

Quotable Lyrics
I beat the case like my name Eldorado
Came out that hoe, had to bag up my sorrows
Family members call me just to borrow
N***as is bitches, they snitchin’, they narcos