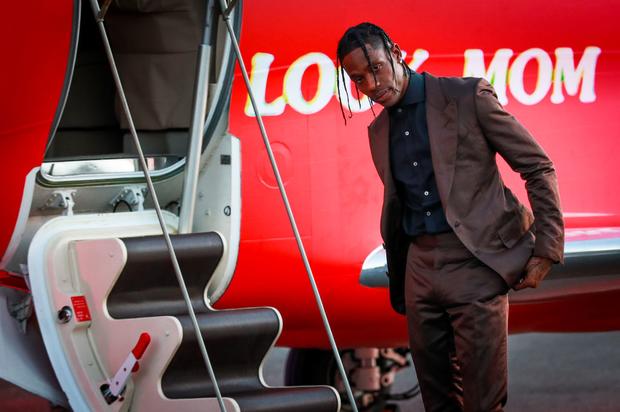 Travis Scott debuts at #1 with the Young Thug and M.I.A.-featured “FRANCHISE”, marking his third #1 record this year.

As we all wait for Travis Scott‘s next studio album release, this new era for the superstar rapper is starting off well with a #1 debut on the Billboard Hot 100.

Billboard has confirmed that Travis Scott’s new single “FRANCHISE” with Young Thug and M.I.A. has debuted at #1 on the Billboard Hot 100, bouncing BTS’s hit single “Dynamite” from the pole position. This is a big deal for many reasons.

“FRANCHISE” is officially Travis’ fourth #1 single, following “THE SCOTTS”, “HIGHEST IN THE ROOM”, and “SICKO MODE”. It’s Young Thug‘s second time at the top of the chart, following his appearance on Camila Cabello’s “Havana”. For M.I.A., this is a huge moment as she appears at #1 for the first time ever. She also has charted in the Top 10 in each of the last three decades.

According to Chart Data, this also gives Travis the fastest accumulation of three #1 debuts in history. Also, this is the first time in a calendar year that nine songs have debuted at #1 on the Hot 100.

Congratulations to the trio!

Elsewhere on the chart, BTS slid down to #2, Cardi B and Megan Thee Stallion‘s “WAP” moves to #3, Drake and Lil Durk hit #4, and 24kGoldn and iann dior hold down the fifth spot.