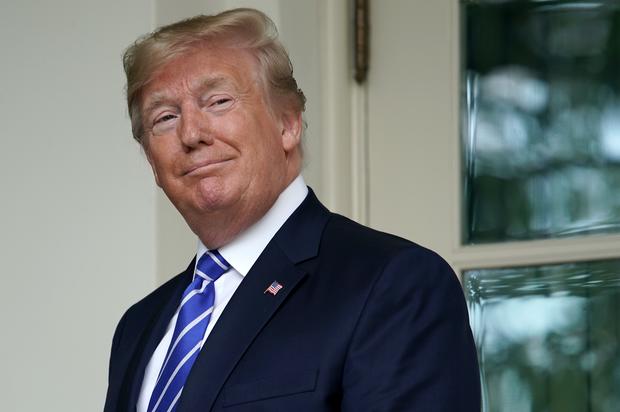 After being discharged from the hospital, Trump told the public not to be afraid of COVID-19.

It looks like President Donald Trump has been given a clean bill of health by the doctors at Walter Reed hospital. Days ago, Trump told the world that he and First Lady Melania Trump had been diagnosed with COVID-19, and within hours it was reported that he would be checking into Walter Reed hospital for evaluation. The president remained there throughout the weekend, often updating the American public with tweets, photos, and videos about his recovery process. It’s unclear if the president still has coronavirus, but he’s back in the White House for a photo-op that sparked a debate on social media.

Cameras flashed as President Trump made his return to the White House, and upon arrival, he walked up the stairs, took off his mask, and stood for pictures. Although there didn’t seem to be anyone within six feet of Trump, he was still heavily criticized for removing his mask and even more so because it didn’t look as if he put his mask back on when entering the building. Trump also received backlash for leaving the hospital while under treatment in order to have Secret Service drive by a crowd of supporters who stood outside of the Walter Reed facility.

Prior to returning to the White House, Trump tweeted, “I will be leaving the great Walter Reed Medical Center today at 6:30 P.M. Feeling really good! Don’t be afraid of Covid. Don’t let it dominate your life. We have developed, under the Trump Administration, some really great drugs & knowledge. I feel better than I did 20 years ago!” Check out a few more updates from the President of the United States and let us know if you think people are overreacting about masks.