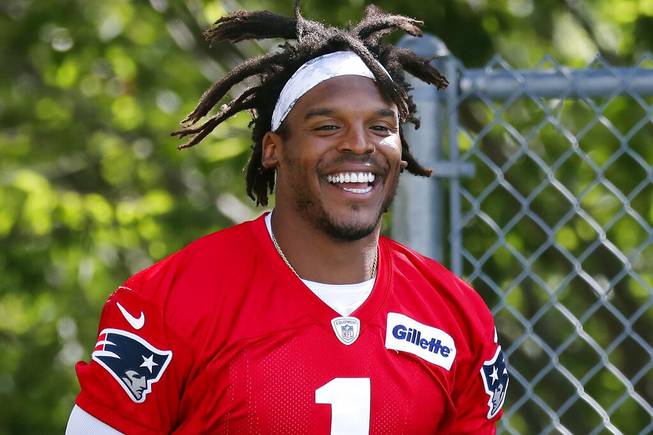 In some ways, it could be seen as a success that it took until Week 4 for the global pandemic to wreak havoc on a bet in the pick’em.

New England as a 7-point underdog at Kansas City didn’t stand much of a chance once it was revealed Patriots quarterback Cam Newton had tested positive for coronavirus on Saturday. The Chiefs closed as an 11.5-point favorite once the game was rescheduled to Monday, leaving me with a bad number in the column and a bad result when the home team covered in a 26-10 victory.

It’s important to check sports book house rules in these instances, as similar situations will likely arise as the season goes on. The vast majority of casinos refunded bets and opened a separate line once the game was moved to a different day, but the bet was still considered action at others.

It’s always action in the pick’em. Bets will be graded based on what was played every Thursday when this column runs, and every game will always be picked as long as it’s on betting boards in Las Vegas.

Coronavirus has two games off the board this week, as bettors are awaiting clarification on Buffalo at Tennessee and Denver at New England. Check back as the week progresses and I’ll add selections when and if the lines post.

In the meantime, let’s go for another winning week after managing a 9-6 record picking every Week 4 game despite the New England misfortune. The overall record for the year now stands at 35-27-1.

Read below for picks on every Week 5 game, separated into three confidence categories and listed in rough order of confidence. Lines are the best currently available in Las Vegas on the chosen side.

Dallas Cowboys -9.5 vs. New York Giants Follow the punchlines — usually there’s value on the team everyone is ridiculing. The Cowboys have struggled, but they’ve played a difficult schedule that’s now letting up against arguably the worst team in the NFL, one that’s playing back-to-back road games and doesn’t have the offensive firepower to keep up in a shootout.

New Orleans Saints -7.5 vs. Los Angeles Chargers Speaking of back-to-back road games, it doesn’t get much more challenging than playing at Tampa Bay and at New Orleans on consecutive weeks. The Saints are still beaten up but injured players have an extra day to return to health with this game on Monday Night Football, and if even a few of them return, this number will climb upwards.

Chicago Bears +3.5 vs. Tampa Bay Buccaneers Chicago was a play when this number swelled up to +6 earlier in the week, but it’s a little harder ask at the current price. The Bears still have the best defense the Buccaneers have seen so far and should be able to suppress scoring enough to cover when getting more than a field goal.

Arizona Cardinals -7 at New York Jets Anything less than a touchdown downplays how completely incompetent the Jets have been. And things may only be getting worse with 35-year-old Joe Flacco taking the reins of the offense.

Cincinnati Bengals +13 at Baltimore Ravens Baltimore’s defense is banged up and a work in progress, leaving room for Cincinnati to slide in a backdoor cover even it falls into a big hole. I was initially holding out hope for a +14 but now this line is headed the other way, making it advisable to grab the 13 while it lasts.

Pittsburgh Steelers -7 vs. Philadelphia Eagles The number is right where it should be if this game were being played under normal circumstances, but the Steelers may deserve a larger situational edge after their game with the Titans was canceled last week. While Pittsburgh was resting, Philadelphia was racking up roundtrip cross-country travel around a win at San Francisco.

Atlanta Falcons -1.5 at Carolina Panthers This is a steal from a talent standpoint but given how far the Falcons continue to perform below their expectation, it’s understandably hard to back them. There’s a chance the players have quit on coach Dan Quinn, though they insist that isn’t the case and I’ll take their word on it — for one more week.

Cleveland Browns +2 vs. Indianapolis Colts As a tease for the Sunday Sweats column — check lasvegassun.com on Saturday night for the piece — I’d like to point out that Cleveland +8 is a terrific six-point teaser leg. There’s less value on the point spread, though this does look like a true coin-flip between two teams that remain undervalued despite 3-1 starts.

Minnesota Vikings +7 at Seattle Seahawks The Vikings’ net yard per play is actually a smidge better than the Seahawks’ — 0.3 to 0.2 — and they’ve shown real strides the past two weeks. Still, I can’t suggest a play against human cheat-code Russell Wilson unless these spread bumps back up to 7.5.

San Francisco 49ers -8 vs. Miami Dolphins Reports on Jimmy Garoppolo returning this week are positive, which clears the way to pick the 49ers at this price. The Dolphins’ roster is a couple rungs below the 49ers’ and the East to West travel spot is particularly challenging.

Jacksonville Jaguars +6 at Houston Texans This might be the nicest thing I’ve ever written about fired coach Bill O’Brien but it’s pretty conclusive that there’s a drop-off from him to interim coach Romeo Crennel, who’s consistently struggled when in charge throughout his NFL career. A coaching change doesn’t solve the Texans’ numerous problems.

Los Angeles Rams -7 at Washington Football Team The Football Team’s offense is so inefficient, and now their defense is dealing with an injury to Chase Young, that it should probably get 7.5 points from any playoff contender. The Rams’ third trip to the East coast in four weeks makes it difficult to back them confidently, though.

Kansas City Chiefs -13 vs. Las Vegas Raiders The Chiefs have played poorly for their standards through four games, and yet they’re still 4-0 straight-up and 3-1 against the spread. Betting against this team, which might be one of the most dominant of the last several years in the NFL, is masochism.