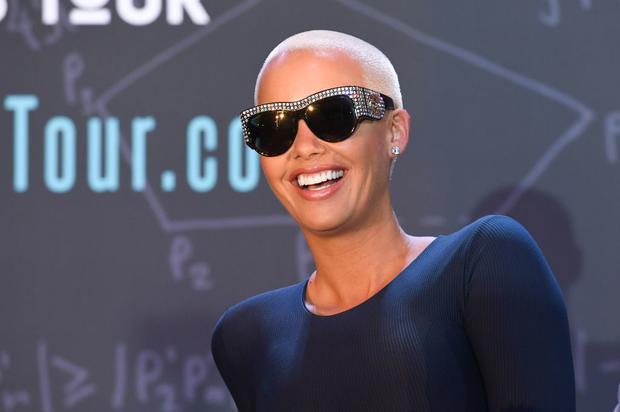 Amber Rose gives her fans a sneak peek at what they can expect on her OnlyFans.

Some people have been critiquing celebrities joining OnlyFans because of the content they’ve been posting. The platform became popular among sex workers, who used it to make a living during the pandemic. However, after people like Bella Thorne and Jordyn Woods joined, people began to go after the celebs who were raking in millions of dollars despite not showing off the goods.

You won’t need to beg Amber Rose to undress because, alongside her former best friend Blac Chyna, she doesn’t have a problem getting naked on the internet, giving her fans a sneak peek on Twitter.

Giving people an incentive to subscribe to her OnlyFans page, Amber Rose shared an image of her laying down completely in the buff, strategically covering her nudity with heart-eyed emojis.

That wasn’t the only teaser she posted. She also included a video of herself shaking her ass to a Swae Lee song, spreading her cheeks apart and covering this one with a drooling face.

You can call Amber Rose many things but a hustler should always be at the top of your list. She knows what’s going to make her money and, if Cardi B can make $9 million a month without taking off an article of clothing, imagine how much Amber will make…

Will you be subscribing to Amber Rose on OnlyFans?

Offset Seemingly Buys A Birthday Billboard For Cardi B

Reason Is In His Element On “Stories I Forgot”