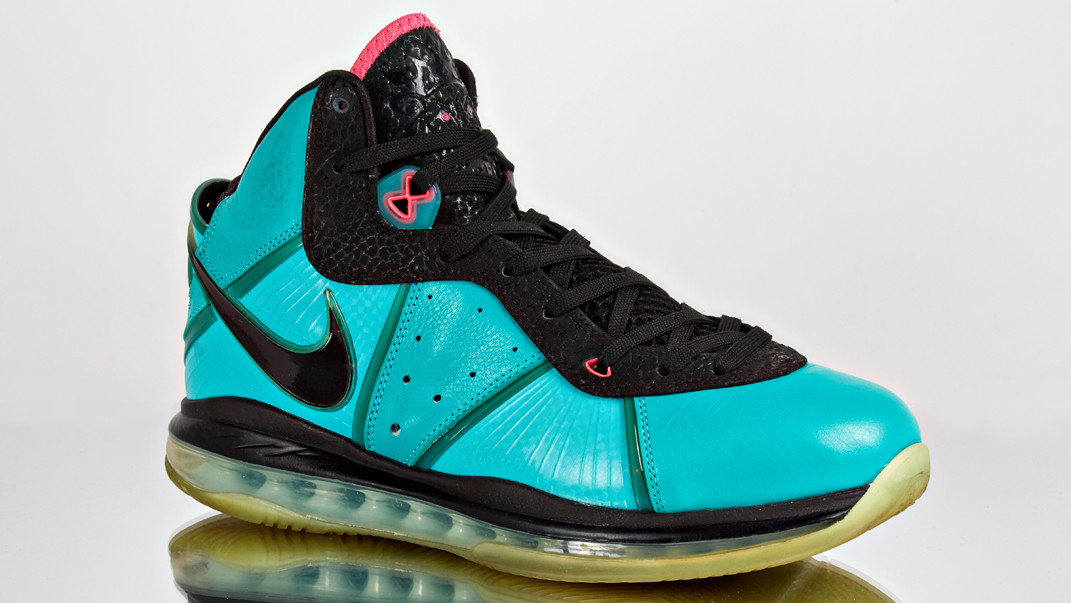 Michael Jordan has the “Concord” Air Jordan 11. Kobe Bryant has the “Grinch” Nike Kobe 6. For LeBron James, the sneaker most often pointed out as his single greatest signature release is the “South Beach” LeBron 8, a pre-heat colorway from 2010 that perfectly ushered in his tenure in Miami. The “South Beach” 8 is perhaps the cornerstone of Nike Basketball’s late 2000s/early 2010s Golden Era and partially responsible for modern sneaker hype as we know it. With James’ signature models getting the retro treatment in recent years, fans have eagerly awaited the return of one shoe—and it sounds like it’s happening next year.

According to reputable sneaker news leaker Soleheatonfeet, the “South Beach” LeBron 8 retro is due out during Spring 2021. While images of the shoe have not yet surfaced, the colorway description aligns with the original, which have recently sold for $1000-$1,500 on resell platform StockX.

Stick with Sole Collector for updated release information and a first look in the coming months.