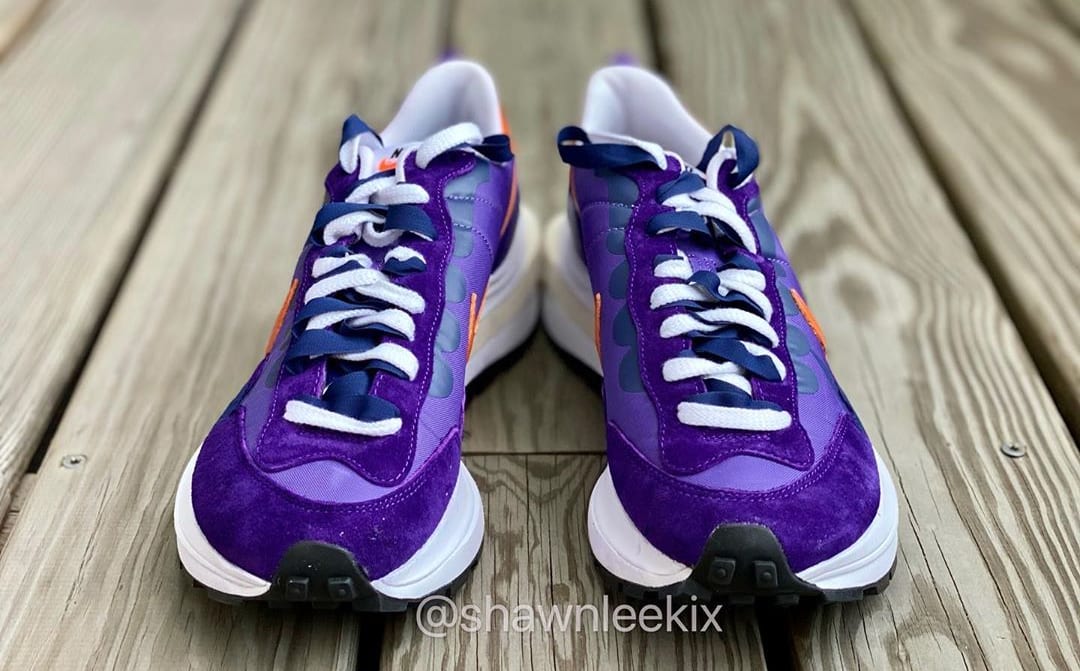 Although the anticipated debut for Sacai’s Nike Vaporwaffle collaboration has been a bit volatile, new details surrounding the next wave of colorways have already surfaced.

According to leaker py_rates_, Chitose Abe’s fashion label will introduce four new iterations of the running-inspired hybrid sneaker in Spring ’21. So far, only mock-up photos are available, but it does provide fans with what to expect for the upcoming “Black Off Noir-Off Noir,” “Dark Iris/Campfire Orange-White,” “White/Sail-Sail,” and “Sesame/Blue Void-White” makeups. The leaker account also reported last month the label is also working on two iterations of the Blazer Low that is expected to drop early next year, but there’s currently no indication that both silhouettes will be releasing together.

As of now, the brands have yet to confirm that the next wave of Sacai x Nike Vaporwaffle styles is releasing in Spring ’21.

UPDATE (08/12): Along with the Blazer Lows previewed today, a first look at the Sacai x Nike Vaporwaffles that’s part of the label’s Spring ’21 menswear collection have surfaced. Check back soon for confirmed release date details.

UPDATE (10/17): After getting a preview in August, @Shawnleekix on Instagram has shared a detailed look at two iterations of the Sacai x Nike Vaporwaffles that are reportedly hitting stores early next year.