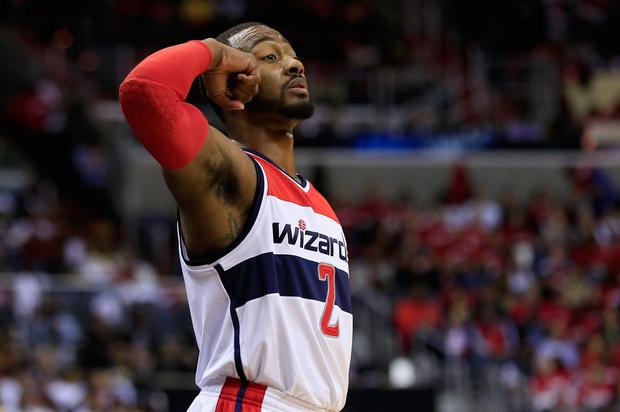 John Wall was casually playing a game of Spades during an interview on ESPN on Monday.

The Washington Wizards guard appeared as a guest on Monday Tailgate where he was discussing the future of his favorite NFL team, the Dallas Cowboys. Though many might get dressed up a little and provide the interviewers their undivided attention, John Wall was a bit preoccupied doing something else — playing Spades. Mind you, John Wall wasn’t completely distracted from what was going on in front of him, proving that he’s quite the multi-tasker.

The hosts didn’t even question what John Wall was doing which could be a testament to how good Wall is at juggling a game of cards and an interview simultaneously. However, he did seem to drift away a bit when he was asked about the NFC East.

If you’re wondering how good John Wall is at Spades, apparently, there are a few NBA Insiders who can vouch for him. Check out some of the best reactions to John Wall’s ESPN interview below.