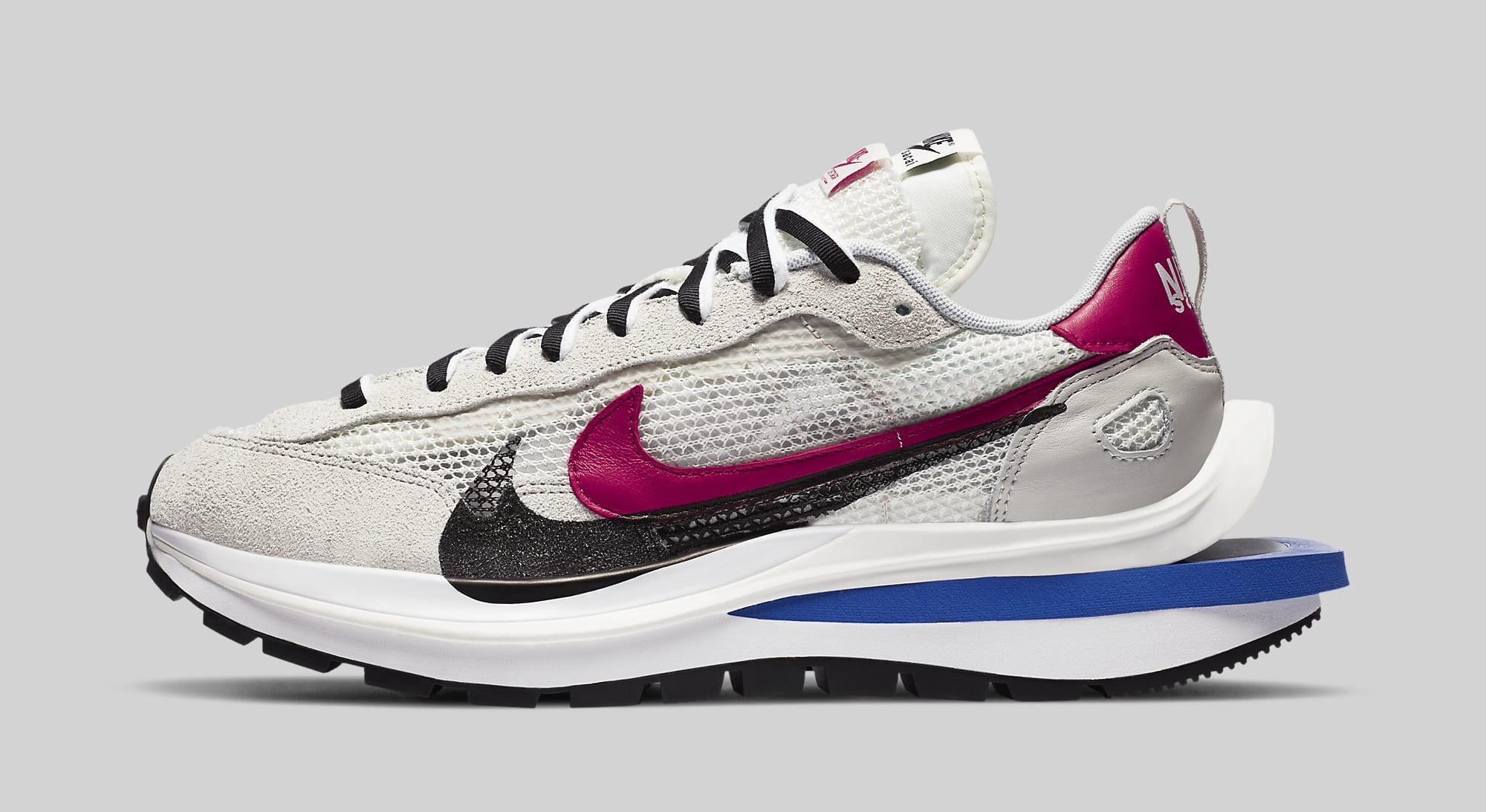 In addition to the upcoming Sacai x Nike Peg Vaporfly SP rumored to release later this year, the red-hot fashion label reportedly has another brand new Nike collaboration set to debut in 2020.

According to pyleaks on Twitter, the duo is reportedly working on a new “Vaporwaffle” model sometime during 2020’s fall season. While leaked images of the style have yet to surface, the early reports indicate that the new Nike hybrid is expected to debut in four colorways including “Tour Yellow/Stadium Green-Sail,” “String/Black-Villain Red-Neptune Green,” “Sail/Sport Fuchsia-Light Bone-Game Royal,” and “Black/Summit White-Pure Platinum.”

Although the information has not yet been confirmed by either brand, the Sacai x Nike VaporWaffle is expected to release sometime in Fall 2020 for $180. Check back soon for updates.

*LEAK ALERT*: @Nike & Sacai will be dropping another collab this year in the Fall

The duo will be working on a brand new model the ‘Vaporwaffle’. The drop will feature 4 different colourways & retail will retail at $180

UPDATE (10/13): After seeing numerous on-foot shots of the Sacai x Nike VaporWaffle collab, a release date for the collab has finally leaked. According to py_rates, four colorways of the shoe will hit stores on Nov. 6 for $180 each.

UPDATE (10/20): Official images have surfaced of the “Black” and “Sail” colorways of the Sacai x Nike VaporWaffle collab. As of now, Nike hasn’t confirmed the release details for the collab, but the shoe is rumored to release at select retailers on Nov. 6.