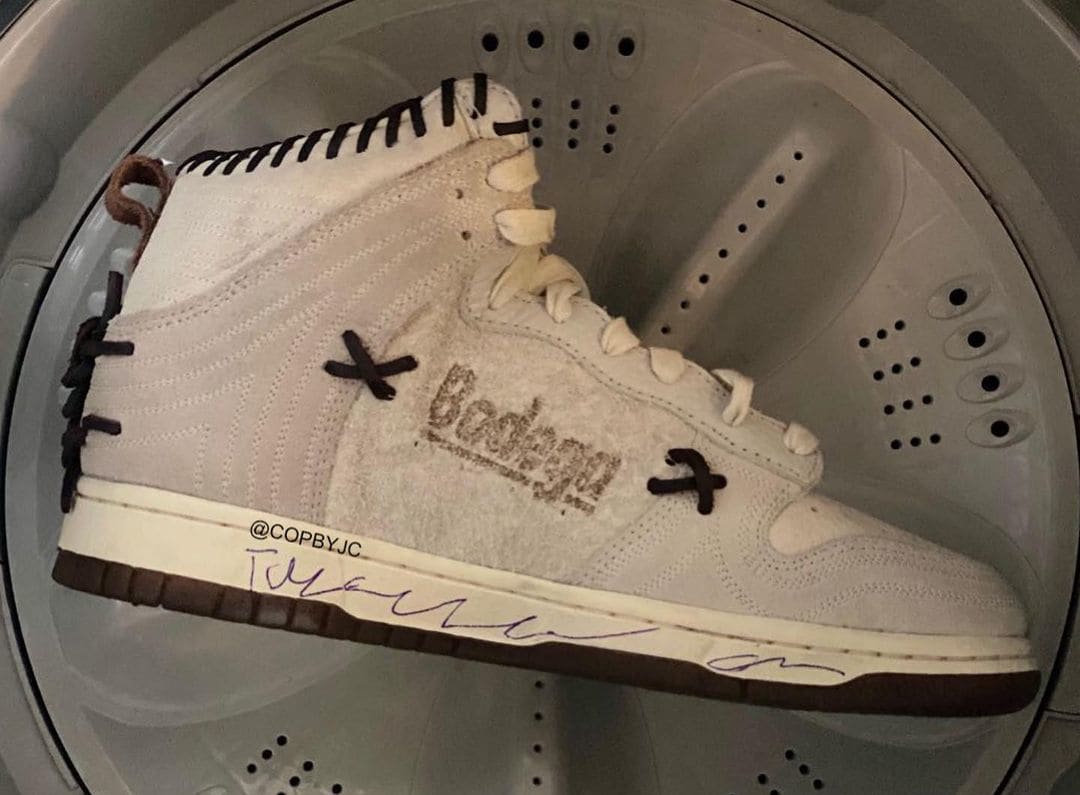 Boston-based sneaker boutique Bodega is reportedly collaborating on its own Nike Dunk High later this year.

According to py_rates, there will be two versions of the collaborative Dunk High arriving in late-2020, including “Pearl White/Magic Ember-Team Orange” and “Sail/Multi-Color-Birch-Rustic” makeups. Images of the shoes have not yet leaked, but the mock-ups suggest that each pair is distinguished by either a white or sail-based upper that’s paired with contrasting multicolored or orange accents on the Swoosh.

As of now, the brands have yet to unveil the Bodega x Nike Dunk High collab but it’s rumored to release sometime during this year’s holiday season.

UPDATE (10/21): As the release nears, a first look has surfaced for one of the two Bodega x Nike Dunk High styles courtesy of Solebyjc. The upper consists of a soft suede construction with a jewel Swoosh appearing on the lateral side while “Bodega” branding is stamped on the medial portion. The shoe’s standout feature is the thick, baseball glove-like stitching seen throughout the upper including on the sides, sock liner, and heel. As of now, the release date for this Bodega x Nike Dunk High has yet to be confirmed by the brands, but keep it locked to Sole Collector for updates.

Rare Michael Jordan ‘UNC’ Pack Is Being Auctioned Off