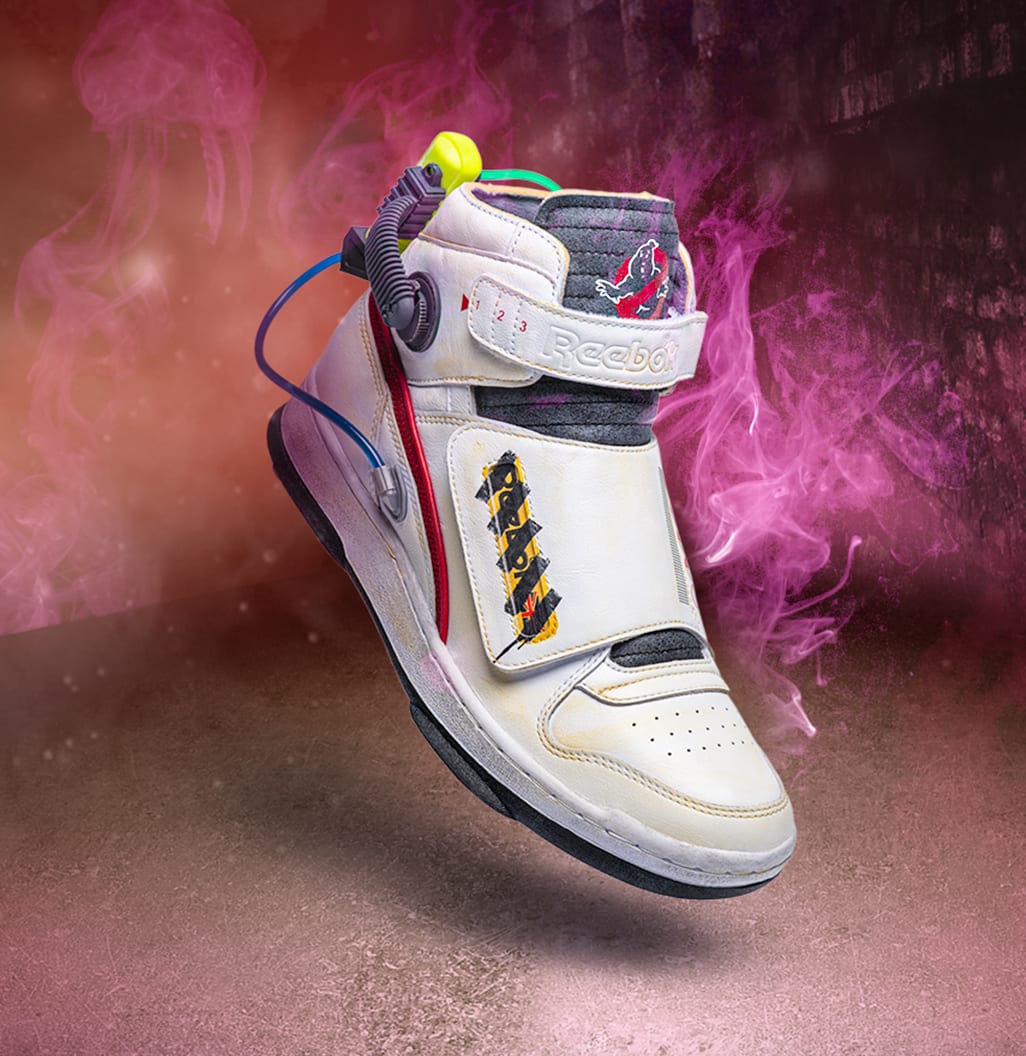 Ahead of Halloween, Reebok has announced a well-timed collaboration with the cult classic film franchise Ghostbusters.

The Ghostbusters x Reebok collection, which is the first of two planned installments for the project, will consist of the Ghostsmasher and the Classic Leather sneakers. The first shoe appears to be modeled after the brand’s Alien Stomper, but bears the “Ghostsmasher” name as a reference to the original film’s title before it ultimately hit theaters as “Ghostbusters” in 1984. The Classic Leather draws inspiration from the jumpsuits worn by the characters in the movie with a beige textile upper and the movie’s signature logo appearing on the tongue.

The shoes will arrive in ’80s-styled Pump packaging with the phrase “less talk…more busting” written over the Reebok logo as well as “this is how it ends” referencing the ominous vibe. Included in the capsule is a set of matching Ghostbusters x Reebok apparel including short-sleeve tees, crewneck sweaters, and the iconic full-body Ghostbusters jumpsuit.

The Ghostbusters x Reebok collection is releasing on Oct. 31 at Reebok.com and at select Reebok retailers.

Rare Michael Jordan ‘UNC’ Pack Is Being Auctioned Off