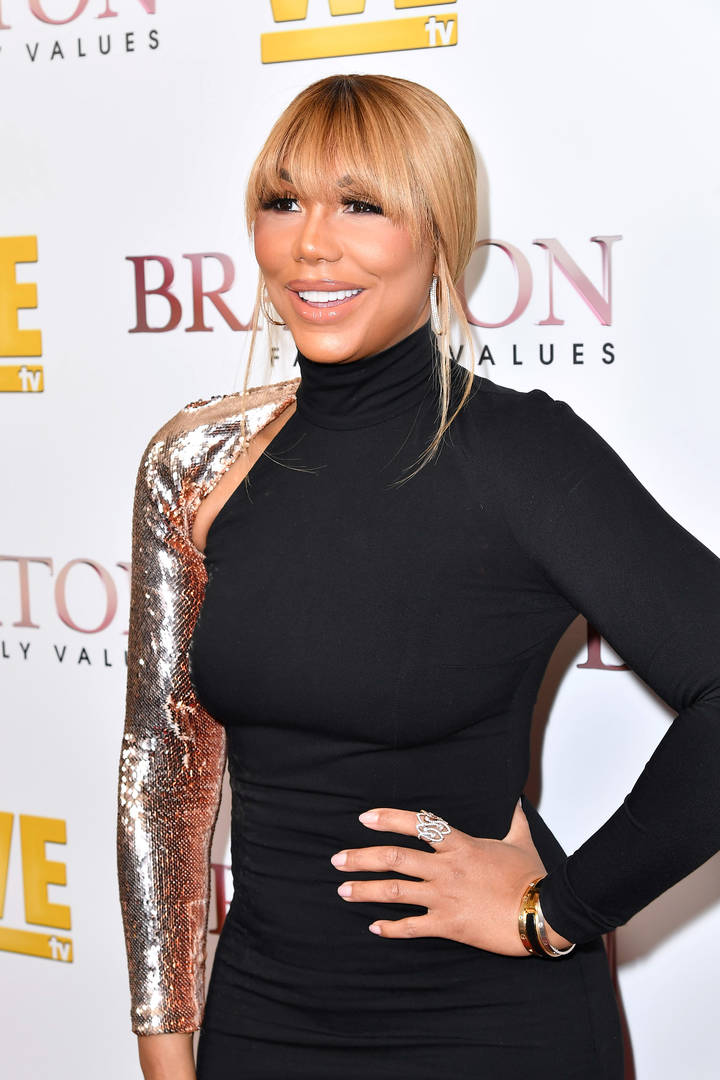 “Using My Pain For Ratings!”

She also called out her family for allegedly re-staging their reactions to her hospitalization.

The off-screen drama involving Tamar Braxton is finally making its way to WeTV and the Braxton Family Values star isn’t happy. The network dropped a sneak peek trailer for the upcoming season and, unsurprisingly, they highlighted Tamar’s recent alleged suicide attempt. There were portions that showed her family’s reactions to finding out about Tamar’s hospitalization, so the reality star took to her Instagram to vocalize her ire.

“After waking up to that disgusting trailer…F*CK @wetv and whomever else participating for using my pain for their pleasure and ratingsâ¼ï¸” wrote Tamar. “Don’t miss my exclusive TELL ALL on my girl @tamronhallshow next week ..at some point this abuse HAS to STOPâ¼ï¸ and P.s. IM NOT FILMING FOR THIS SEASON! THEY ARE DOING THIS WHILE IM NOT ON THE SHOWâ¼ï¸â¼ï¸ #SCUMBAGSH*T.”

Tamar Braxton also shared on Twitter that WeTV wasn’t filming when her family found out she was in the hospital and that the reactions seen on the show were faked for reality television. “It’s ALL re staged for tv. And that’s my fckn issue,” she tweeted. “Remember @wetv said we have parted ways in August. I am no longer employed by them and they are STILL using me and my hurt to make a coin. What show talks about old cast members?” There are also rumors that she has unfollowed many of her family members after watching the trailer. Check out the teaser below along with Tamar’s social media posts.