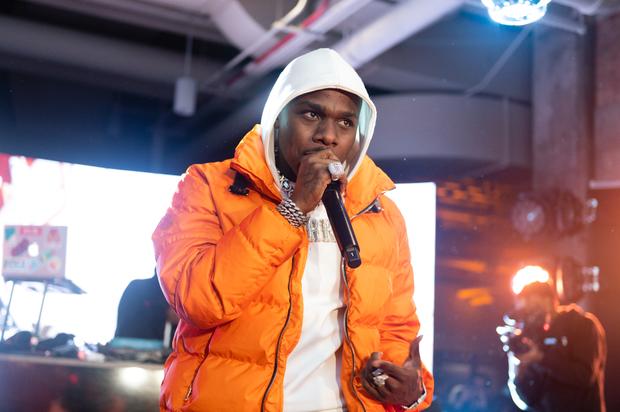 DaBaby says it was hard to enjoy his success following the passing of his father.

DaBaby is one of the biggest artists in hip-hop right now as he has plenty of platinum records and hit albums to back it all up. While the artist has been grinding for a while now, it’s clear that his successes really took flight in 2019 as his album Baby On Baby provided a new flow and vibe for rap fans to digest. Since releasing that project, DaBaby has come through with two more albums and it appears as though he is truly unstoppable.

While this success has been an immense achievement for the artist, it hasn’t come without some heartbreak and pain along the way. While taking to Twitter this morning, DaBaby reflected on his come up and how his father passed away shortly after he began blowing up as an artist. As DaBaby explained, this led to his success having a certain numbness to it.

“After losing my pops unexpectedly a couple weeks after popping as a mainstream artist I numbed out ALL feelings. Wins felt the same way losses did, like nothing. All that shit I accomplished 2019, all the records broke all the history I made, I ain’t feel none of that shit,” DaBaby wrote. “I’m JUST now realizing what I done accomplished & overcome over the past 2 years. I used my hustle to numb the pain & just kept working. It took a Pandemic to hit & slow my ass down for me to take the time out to look up & be proud of myself.”

DaBaby has certainly come a long way and it’s good to see him doing much better now. Losing a parent is never easy, and sometimes, it takes a while before we can regroup and get back to how things were.