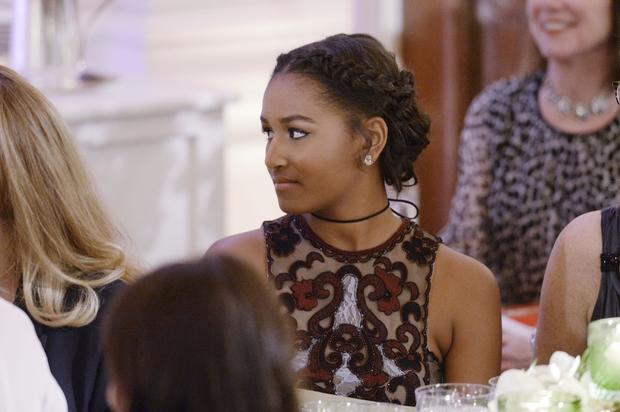 Many on social media were impressed with Sasha Obama’s TikTok presence.

TikTok is an app that has certainly taken the world by storm over the past few years thanks to just how viral things can become from it. Of course, if it weren’t for TikTok, songs like “Old Town Road” wouldn’t be the massive hits they are today. It’s an app that allows people to be themselves and have fun, while also connecting to fans. Perhaps the most recent high-profile person to be recognized for their presence on the app is Sasha Obama, the daughter of former President Barack Obama.

Recently, a video of her on her friend’s TikTok page went viral throughout social media as it depicted her rapping along to a City Girls track. The track has come provocative lyrics, so when people saw that it was Sasha rapping along to them, they were both surprised and impressed.

As one can imagine in these viral situations, there were a plethora of reactions on social media, including on Twitter where people were quick to praise Sasha for lip signing abilities. Others also made sure to defend Sasha as they felt like she could be opening herself up to some unwarranted criticism from the conservative crowd.

You can see what people had to say about it all, in the comments below.

Slayter & Jay Critch Are Back With New Collab “Outside”