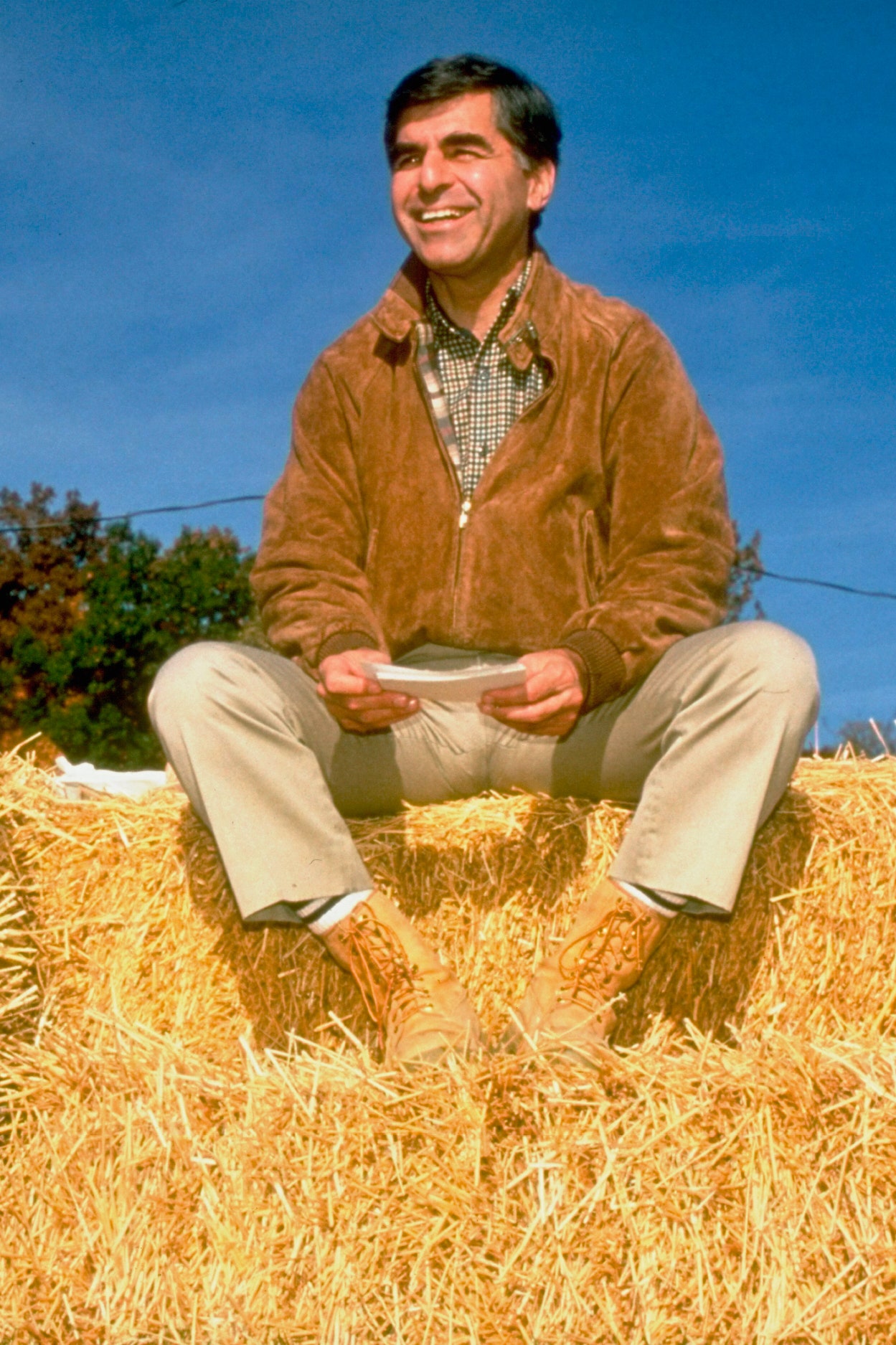 Apologies to grandmas everywhere: Joe Biden, even in his favorite slim navy polo, is nobody’s style icon. Neither, it goes without saying, is Donald Trump. The 2020 presidential race’s concerted lack of style might suggest that there is no room in politics for expressive clothing—that when even the smallest gaffe gets memed into oblivion, there is simply too much risk in dressing up.

But recent history suggests that personal style doesn’t have to be a political liability. And as a rich vein of campaigners shows, the right sartorial move can say more about a campaign than even the most soaring speech.

The Kennedys wore Ivy-approved two-button suits like the strivers they were, ties askew as if to emphasize their relentless work ethic. George H.W. Bush’s seersucker suits, thigh-baring jogging shorts, and self-effacing tees proved him funnier than your average stuffed shirt. While running for the Democratic nomination in 1984, Jesse Jackson traded in his striped shirts for three-piece suits and their accompanying professional sheen. And Ronald Reagan wore ranch-ready boot-cut jeans that look filched from a Hollywood costume closet. None of these men dressed with abundant self-expression, but they didn’t run from it, either.

And it wasn’t just the candidates who weaponized their closets. James Carville, Bill Clinton’s legendary campaign manager, was perhaps best known for his aphorisms (“It’s the economy, stupid”), but his outfits helped communicate his approach. He had a uniform: a colorful rugby shirt or a blue oxford, tee peeking out; sneakers or loafers; stick-straight blue-sky jeans. He is the picture of go-go global optimism, a sartorial Third Way incarnate. Clinton’s own attire broadcast Everyman approachability: Arkansas sweatshirts, Timex watches, the occasional McDonald’s cup. But he could dress up too—a louche double-breasted suit showed him ready for a G8 summit.

These days we have a fixed image of Barack Obama, the new-era statesman in a no-frills navy suit. But when he ran for Senate in 2004, he did so in a billowing short-sleeve shirt, many-pleated khakis, and a belt-holstered cell phone. He did not look like a future leader of the free world. Instead, he broadcast a more relatable message: that while he might be a generationally talented politician, he was also just like you, at least in the bad-khakis department. Even presidents, it turns out, put their pleated pants on one leg at a time.

A version of this story originally appears in the November 2020 issue with the title “When They Go Low, We Go Fly.”