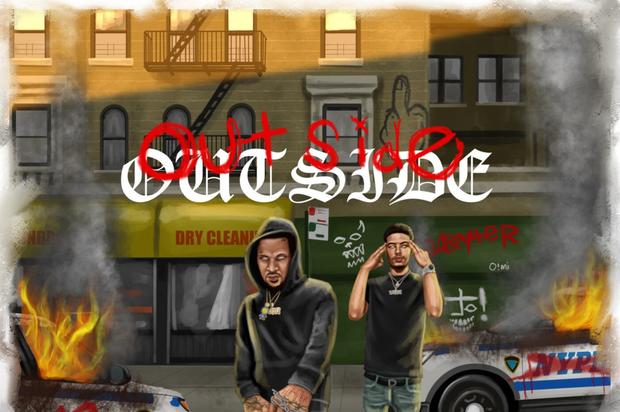 Slayter & Jay Critch Are Back With New Collab “Outside”

Slayter has been releasing a ton of new music as of late, including his World Got Me F**ked Up, Vol. 1 from the summertime. Now, he is back with a Reloaded version of World Got Me F**ked Up which is slated to arrive on November 6th. To promote this project, Slayter has been releasing new singles, and now, he is back with some new heat featuring Jay Critch called “Outside.”

These two have collaborated before and it’s clear that they have some chemistry. With this song, we see both artists delivering braggadocios lyrics as Slayter has a lowkey flow, while Jay Critch gives us his signature melodies.

Overall, it’s a solid track and you can stream it, below.