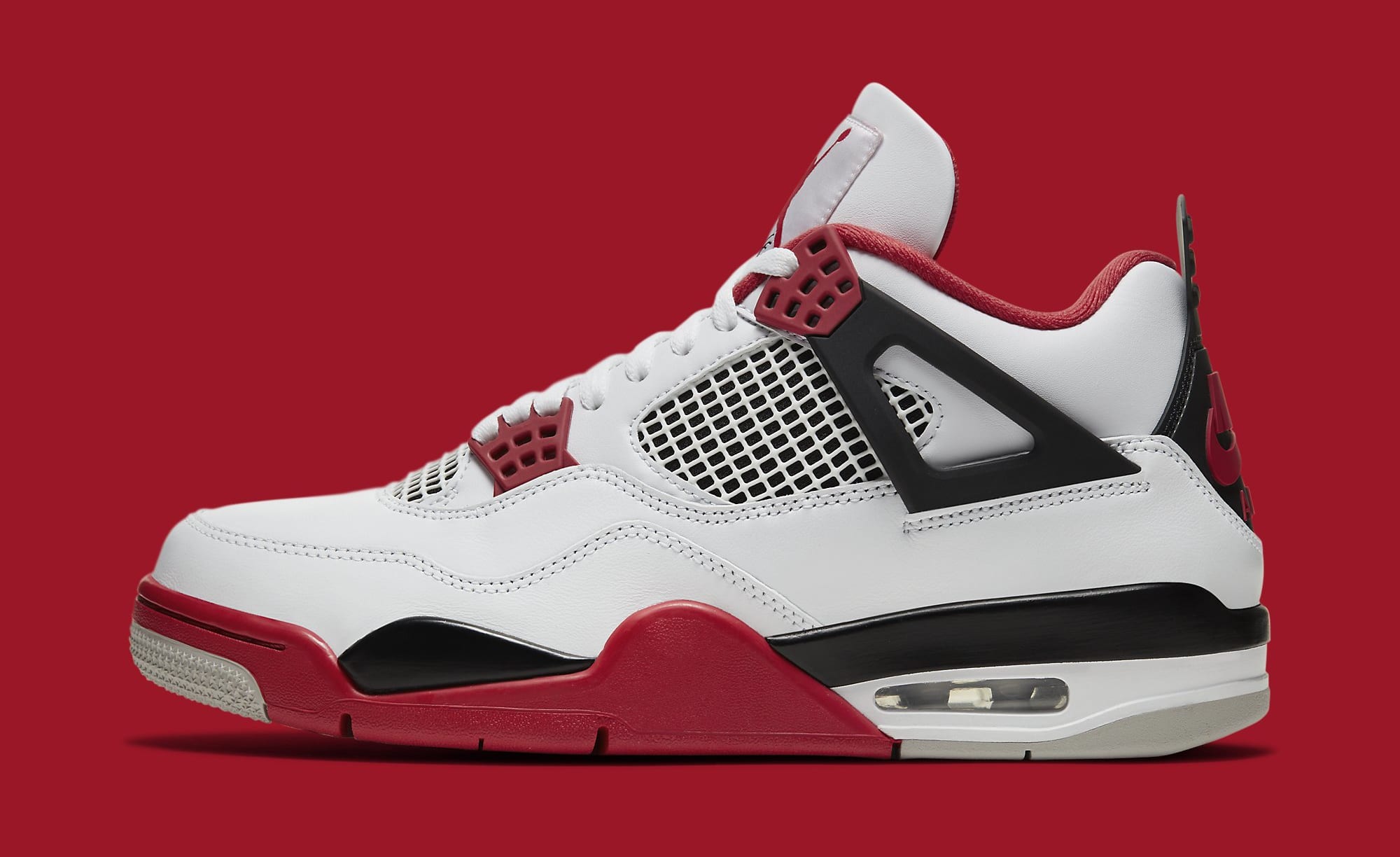 There aren’t many ‘firsts’ left when it comes to re-releasing the original Air Jordans from Michael Jordan’s playing career, but one could be in the works for the holiday season.

While 1989’s “Fire Red” Air Jordan 4 has been back on shelves a few times, first with a Mars Blackmon stamp in 2006, then without it in 2012, this year could mark the first time it’s been retroed with ‘Nike Air’ branding on the heel. The word making rounds courtesy of Soleheatonfeet, DJ Folk and Coley2xs is that the OG-style pair is penciled in for Black Friday.

Of course, more so now than ever, release dates are fluid and things could change, but for now we can start planning on these to be available on the busiest shopping day of the year. Stick with Sole Collector for updates in the coming months.

UPDATE (09/03): zSneakerheadz has shared a possible first look at this year’s version of the “Fire Red” Air Jordan 4. As of now, the shoe is slated to drop on Nov. 27 but the release details have yet to be confirmed by the brand.

UPDATE (09/09): In a somewhat surprising move, Nike, through its SNKRS app, has already confirmed this year’s “Fire Red” Air Jordan 4 Retro, along with the first ‘official’ look at the retro. However, the release date and pricing were not confirmed on the app.