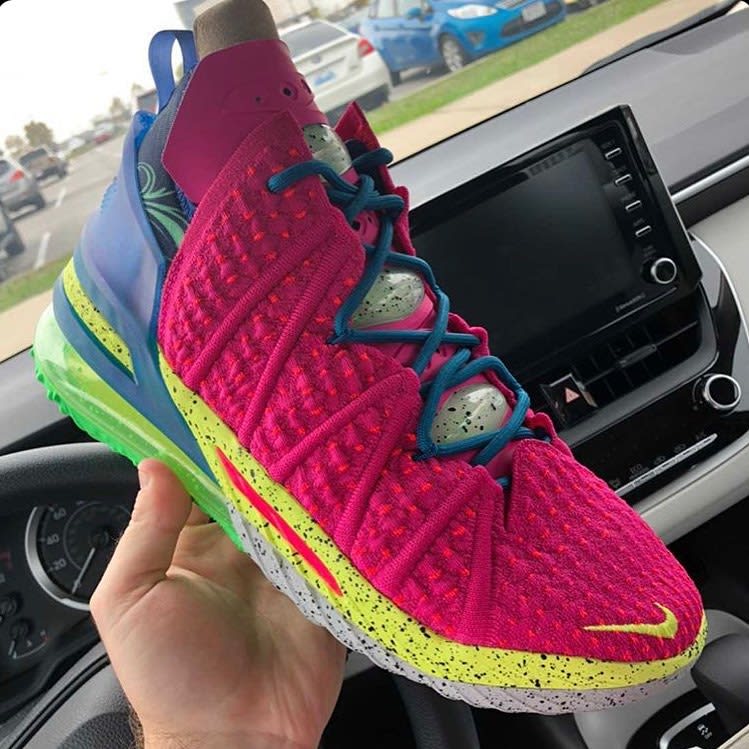 With two of the country’s major sports trophies back in the city, Los Angeles is once again abuzz with championship fever. Earlier this month, LeBron James officially cemented himself as a true Laker when he nabbed Finals MVP for the fourth time after leading the franchise to its 17th overall NBA championship in the Orlando bubble. No matter how his legendary story ends, James will have strong ties the Lakers and Los Angeles, leaving Nike with the task of creating an era of his signature line befitting of the latest chapter.

James’ stint in Miami was perfectly encapsulated in one sneaker: the “South Beach” LeBron 8. The shoe, which will reportedly re-release next year, drew inspiration from Miami Vice and the city’s art-deco architecture. With such a strong colorway, straightforward storytelling and a well-timed arrival, the “South Beach” 8 tends to stand out as the defining shoe of James’ line, but can Nike find away to replicate that success with city-inspired releases while he plays in LA? It appears they’re trying to capture that energy with the LeBron 18.

Images have surfaced of a new LeBron 18 said to be dubbed “Los Angeles By Night,” an apparent answer to the “Los Angeles By Day” style set to release in November. Somewhat reminiscent of 90s sportswear, the shoe sports a mix of bright neon tones, including pink, yellow, green and blue, slightly offset by a section of grey on the sole. Locals are already hitting comment sections to clarify that this is not what the city looks like at night, but don’t let reality get in the way of a strong colorway. As of now, Nike hasn’t confirmed the nickname or color inspo.

GrizzlyAnimal over at NikeTalk spotted this LeBron 18 on the Foot Locker launch calendar with a Nov. 13 release date—a week after the “Los Angeles By Day” drop. That’s consistent with what you’ll see on European calendars. Should that change, we’ll keep you posted here at Sole Collector.