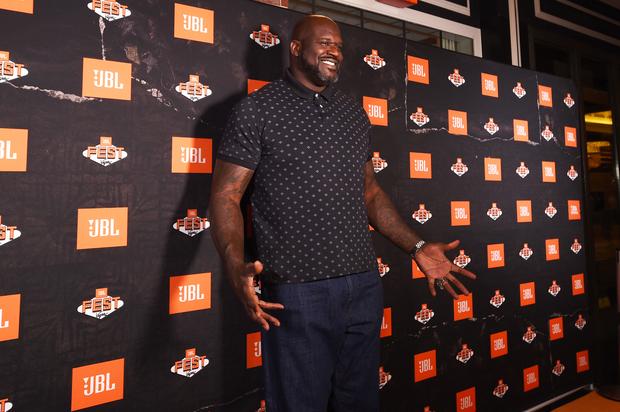 Shaq Explains What Magic Johnson Told Him Upon Lakers Arrival

Magic Johnson had one massive piece of advice for Shaq.

In the late 90s, Shaquille O’Neal left the Orlando Magic and joined the Los Angeles Lakers where he would team up with none other than Kobe Bryant and go on to win three-straight NBA titles from 2000 to 2002. Following his stint in L.A., Shaq went to the Miami Heat where he won his fourth and final title, before becoming a journeyman. If you keep track of Shaq’s career outside of basketball, you would know that he has a plethora of business ventures and has made more money off of the court, than on it.

During a conversation with Daymond John for “Black Entrepreneurs Day presented by Chase For Business,” Shaq spoke at length about his business dealings and who is to thank for it all. As he notes, he is particularly indebted to Magic Johnson, who gave him some incredible advice upon his arrival in Los Angeles.

“Where did I get my business acumen from,” Shaq said. “Magic Johnson when I first got to L.A. said, ‘Shaq, it’s okay to be famous and all that, but at some point, you want to start owning things.’ First thing I said was, ‘Okay, I want to own a clothing line.’”

Johnson has certainly made his mark in the business world, particularly as part-owner of the Los Angeles Dodgers, who recently won the World Series. Johnson has made huge strides outside of basketball and it’s clear that Shaq has followed in his footsteps.