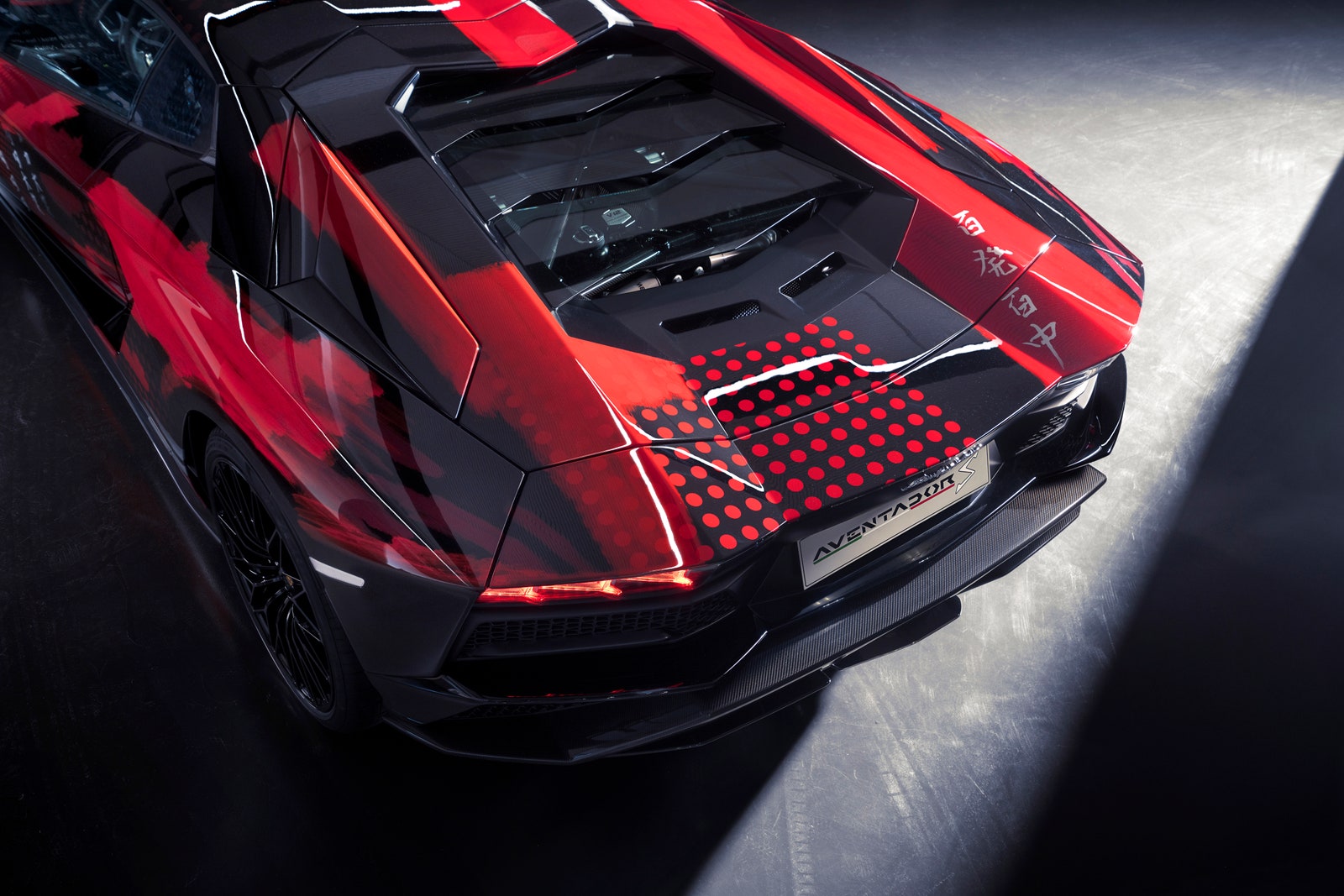 In addition to the automobile, Lamborghini and Yamamoto are also creating a clothing capsule, featuring a mod coat, bomber jacket, and hoodie, all of which take cues from Yamamoto’s collection. On the heels of a collaboration with Supreme back in September, this project is the latest in a banner year for one of the fashion industry’s remaining elder statesmen, who is in the midst of what GQ—by which I mean me—deemed the Yohjissaince this past summer. Between his team-ups with Supreme and Lamborghini, Yamamoto is ushering in a freaky-luxe new era of the hypebeast.

This is hardly the year’s first tie-up between a fashion brand and a luxury car maker—indeed, such partnerships have become something of a trend. First, there was Aime Leon Dore’s Porsche, beckoning visitors to Jeffrey Deitch Gallery in Soho back in February. In April, fellow Yamamoto collaborators Supreme created their own capsule with Lamborghini. In September, Virgil Abloh revealed a custom G-Wagen, and earlier this month, Kith commander Ronnie Fieg released a huge collection of clothing with BMW, along with 150 actual BMWs. (The Wall Street Journal reported that all 150 of the cars had sold out within an hour of their release.)

The lust for cars among streetwear and menswear fanatics is hardly new. But in our collaboration-crazy moment, the desire for a power linkup is higher than ever. (It is also likely the case that car brands, unlike more fashion-adjacent companies that have collabed to the hilt, have the money and fresh energy to spend on such projects.) Merch, either on the secondary market or purchased new, is already a hot commodity for many luxury-streetwear shoppers; why not create a little merch for the Uber riders and unlicensed drivers who are eager for modest grails now to prime them for midlife crisis grails later?

Still, Yamamoto and Lamborghini are perhaps unlikely bedfellows: the designer loves quiet, has a twisted sense of humor, and a reputation as an anti-trend punk, while Lamborghinis are, uh, very fast, popular, and as un-punk as it gets. (One wonders whether the car’s ashtray offerings are up to Yohji’s chainsmoking needs.) But then again, his fall 2020 collection’s unofficial mantra, sewn into garments and even spelled out on the back of a coat, was “Naughty Yohji.” Vroom vroom!

Can These Patagonia Boots Help Save the Planet?