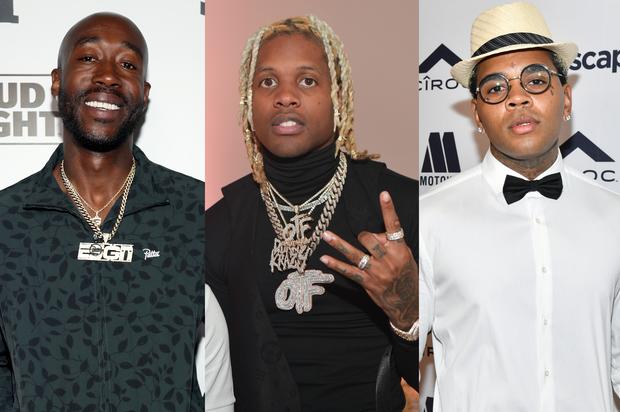 Happy Halloween, all! It’s a strange year and Halloween might not be the same for most people as it once was. Hopefully, if you are going out, you’re remaining safe and maintaining physical distance from one another. Staying at home is easily the responsible choice but regardless of what you’re doing, we’re back with another round of picks for this week’s “Fire Emoji” playlist for you to vibe out to this evening. Here’s the breakdown:

A few weeks removed from the Lakers historic championships in the NBA Bubble, and the long-awaited collaboration between Freddie Gibbs and Big Sean arrived. “4 Thangs,” produced by Hit-Boy, is a refreshing reminder of how long both Sean and Gibbs have come since their 2010 cover on the XXL Freshman cover. Machine gun flows and a whole lot of swag, Hit-Boy might actually go down as the Coach of the Year.

Kevin Gates has quietly appeared on a few collaborations over the months, though his solo efforts seem to indicate that a project is underway. Though a year removed from I’m Him, the rapper dropped off his latest single, “Weeks.” It was only a necessary addition for this week’s “Fire Emoji” playlist

Lil Durk‘s been preparing a few projects. The Voice is apparently on the way while his collaborative project with Metro Boomin appears to still be coming soon. The self-proclaimed “Chicago’s Jay-Z” paired up with two staples from Atlanta for “Stay Down.”

Other records included on this week’s Fire Emoji playlist include Blac Youngsta’s new collaboration with Moneybagg Yo and Lil Baby, Tierra Whack’s “Dora,” and Black Migo Scooter’s new track with Zaytoven and Future.

Peep the latest edition of our Fire Emoji playlist below and peep our official Halloween 2020 Playlist for more spooky vibes to accompany your Halloween.

Hoodrich Pablo Juan Was One Of 25 Arrested On RICO Charges