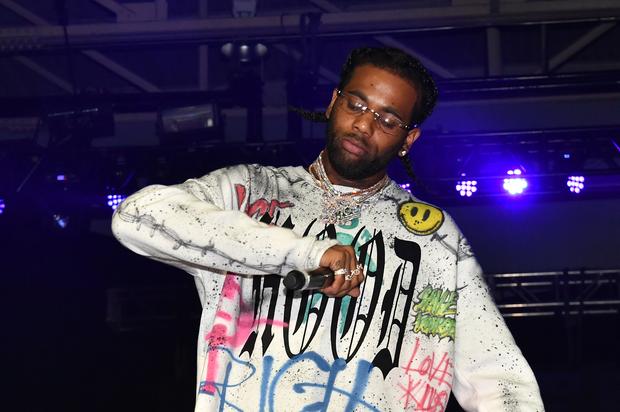 Hoodrich Pablo Juan Was One Of 25 Arrested On RICO Charges

The Georgia Bureau of Investigation has been investigating upwards of 46 men since March of 2019.

Last week, it was reported that Hoodrich Pablo Juan was arrested in Georgia on RICO charges, which of course, stands for Racketeer Influenced and Corrupt Organizations. These types of charges are only meant for those connected to organized crime and typically, if you’re arrested on a RICO charge, things aren’t looking so good…just ask Tekashi 6ix9ine.

Now, it has been revealed that HPJ’s arrest was part of a massive crackdown on organized crime throughout the state of George. In March of last year, the Georgia Bureau of Investigation teamed up with the Upson County District Attorney’s Office as there was suspicious activity going on throughout numerous communities. Now, the GBI has linked the crimes to the Rollin 20 Neighborhood Bloods, and have indicted 46 alleged suspects, including Hoodrich Pablo Juan’s whose real name is Sterling Leroy Pennix.

“Today’s announcement highlights why my administration continues to prioritize fighting criminal street gangs and supporting the GBI Gang Task Force,” Georgia governor Brian Kemp said. “My message to gang members looking to prey on innocent Georgians, commit crimes, and destroy lives is simple: we will not stop until every community is safe.”

This is a developing story so stay tuned for updates as we will be sure to bring them to you.

Drake Sends Motivating Message As He Seemingly Recovers From Surgery