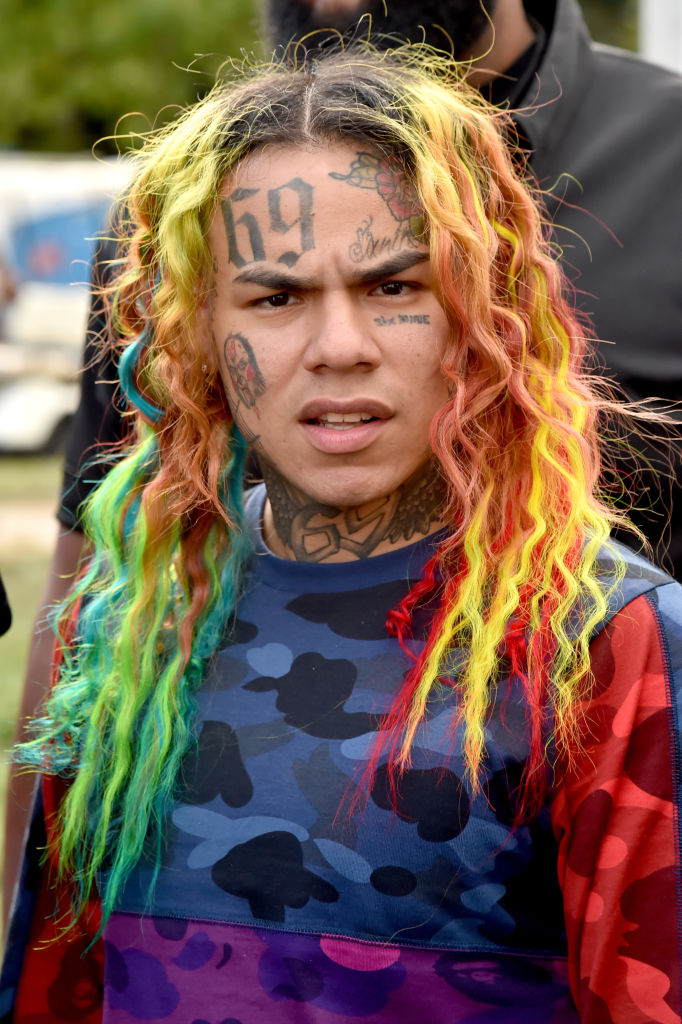 Tekashi 6ix9ine was spotted running with his security guard amid his social media silence.

Tekashi 6ix9ine is alive and well, getting spotted by a fan who drove by him jogging on the road.

Brooklyn-based rapper 6ix9ine has been incredibly silent for the last several weeks, effectively going into hiding after his post-prison album TattleTales flopped in sales.

The album only managed to pull 55,000 album sales in the first week, which is still impressive without any major playlisting or editorial support from the DSPs. However, with the attention he was garnering on social media, his numbers just didn’t match and he could no longer diss other artists, like Lil Durk, Lil Reese, and others for their sales.

As he continues to recover from his overdose on caffeine and weight loss pills a few weeks ago, the rapper seemingly took it upon himself to focus on his health, getting spotted while out on a jog, obviously flanked by one of his security guards.

A low-quality video has been circulating, which allegedly shows Tekashi 6ix9ine running with his bodyguard. He wears an all-black outfit with his hair tied up.

Recently, 6ix9ine was brought up again by Lil Durk, who reacted to Trippie Redd’s first-week sales projections with a comparison to the rainbow-haired troll, noticing how Trippie managed to outperform his rival.

Do you think 6ix9ine will ever manage to make a comeback or is his career over, as Ebro Darden suggests?