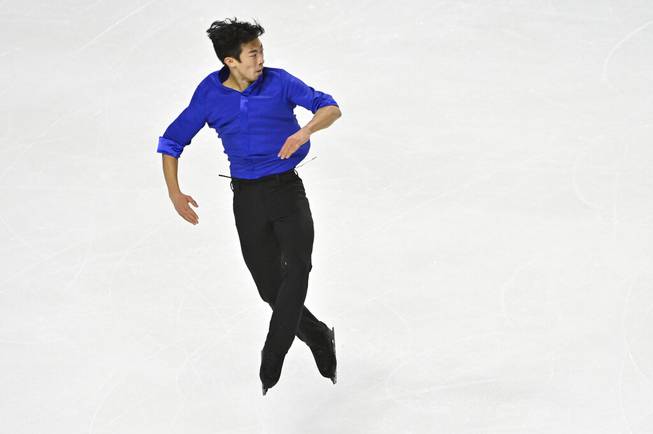 The U.S. Figure Skating Championships are being moved from San Jose, California to Las Vegas.

The national federation said Monday the switch was based partly on the successful bubble environment used for Skate America last month at the Orleans Arena in Las Vegas. San Jose will now get the 2023 nationals, while the 2022 event, which serves as the Olympic trials, will be in Nashville.

Nationals will take place Jan. 11-21 in Las Vegas. Nathan Chen, a two-time world champion who has won the last four U.S. titles, will lead the field. He won Skate America.

“This has been a season unlike any other, and we’re appreciative of our local organizers and the skating community in San Jose for their willingness to be flexible during these challenging times,” U.S. Figure Skating President Anne Cammett said. “We are also confident that the proven bubble concept we will implement at the Orleans Arena will ensure the 2021 Toyota U.S. Figure Skating Championships are a successful event for all competitors, coaches and officials.”

“While certainly disappointed, we understand the difficult but necessary decision made by U.S. Figure Skating to move the U.S. Figure Skating Championships in San Jose to 2023,” said John Poch, executive director of the San Jose Sports Authority. “As always, the care and safety of the athletes, staff and fans is our top priority. “

For fans who had planned on attending nationals in San Jose, refunds will be issued to all existing ticket holders to the original form of payment.