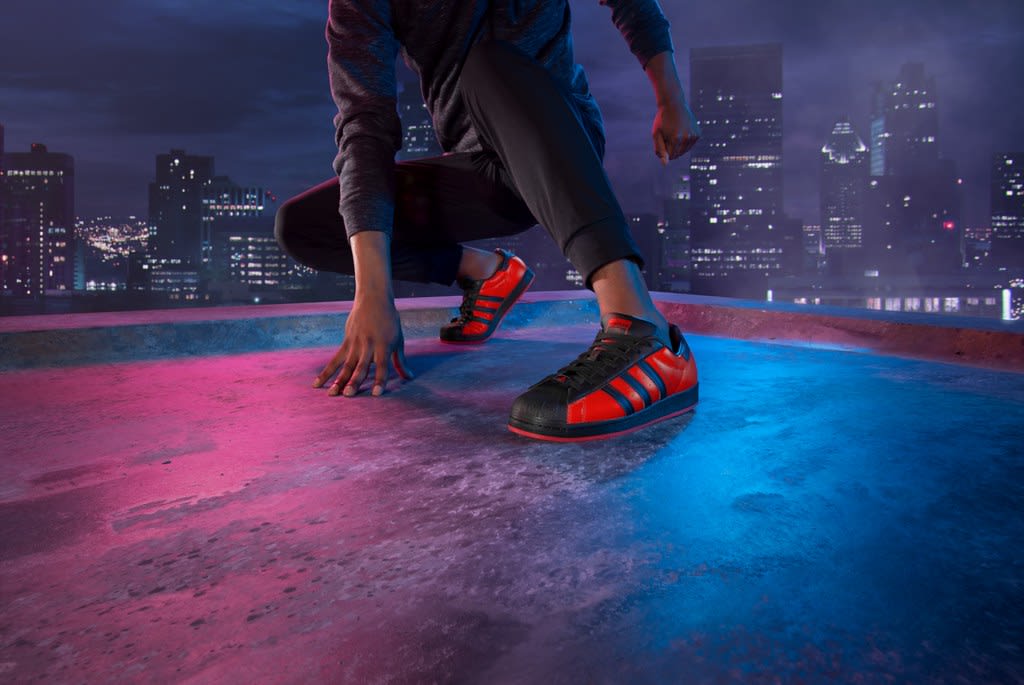 This Adidas Superstar colorway is perfect for those whole love Miles Morales’ take on the Spider-Man suit.

This week, the PlayStation 5 will finally be hitting store shelves and fans are excited to get their hands on some of the games that have been teased. One of those games is Spider-Man: Miles Morales which is a game that will delve deeper into the Spiderverse character’s lore. Moviegoers loved seeing Morales on the big screen and now that they get to play as him, the excitement is palpable.

To mark the game’s release on the PS5, Marvel and PlayStation have teamed up with Adidas for a brand new colorway of the Adidas Superstar in both high and low-top forms. In the official images below, you can see that Miles wears these shoes in the game and they perfectly match his Spidey suit. The kicks have a red upper all while the three stripes and the toe cap is black. There is even Spider-Man branding on the back heel which helps to bring the entire shoe together, creating a collab that is truly unique.

These kicks will officially be released to fans in North America on November 19th while Europe will be able to scoop up pairs on December 4th. With the PlayStation 5 just a few days away, you can be sure that these are going to be extremely popular upon release.