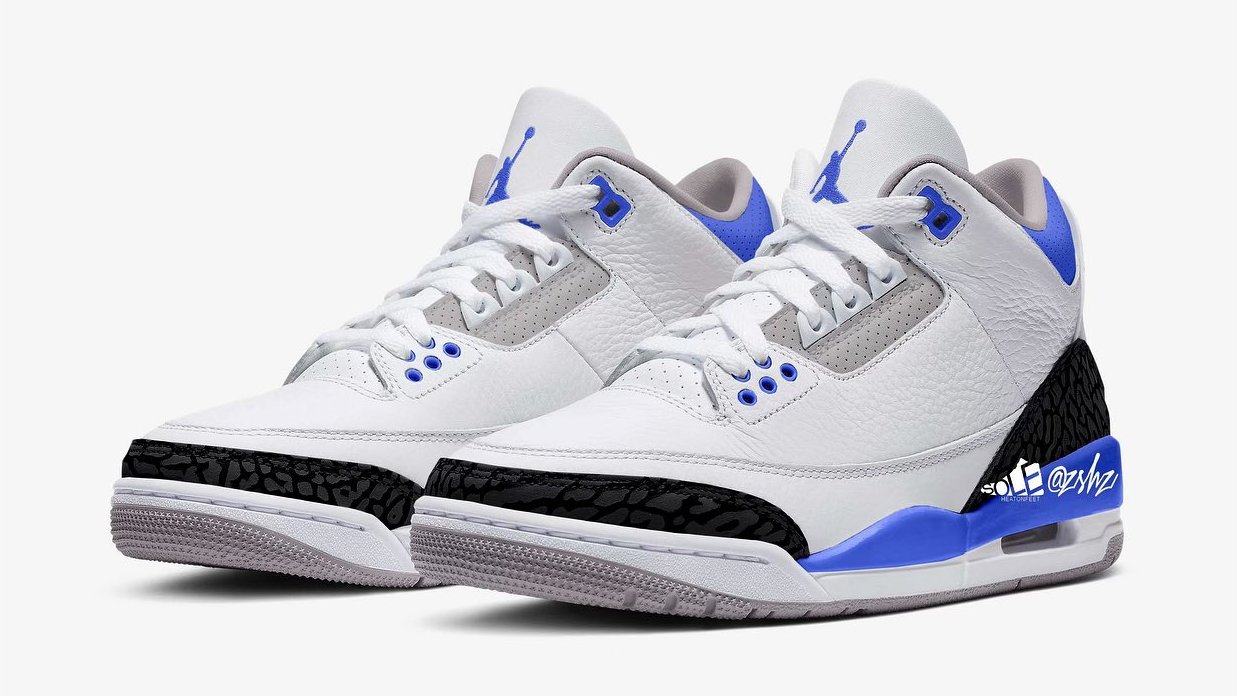 Joining the already stacked lineup of Air Jordan 3 styles hitting stores next year is a new colorway reportedly set to debut in the summer.

According to Soleheatonfeet and DJ Folk, the latest Air Jordan 3 “Racer Blue” is currently pegged for a July 2021 launch. Given its far off release date, early images of the style have yet to surface, but a rendering from zSneakerheadz gives readers an indication of what to expect. The photo indicates a possible “Fire Red” color scheme but replaces the red accents with blue.

As of now, the “Racer Blue” Air Jordan 3 is rumored to release at select retailers on July 10, 2021, but this leaked information hasn’t been confirmed by Jordan Brand.