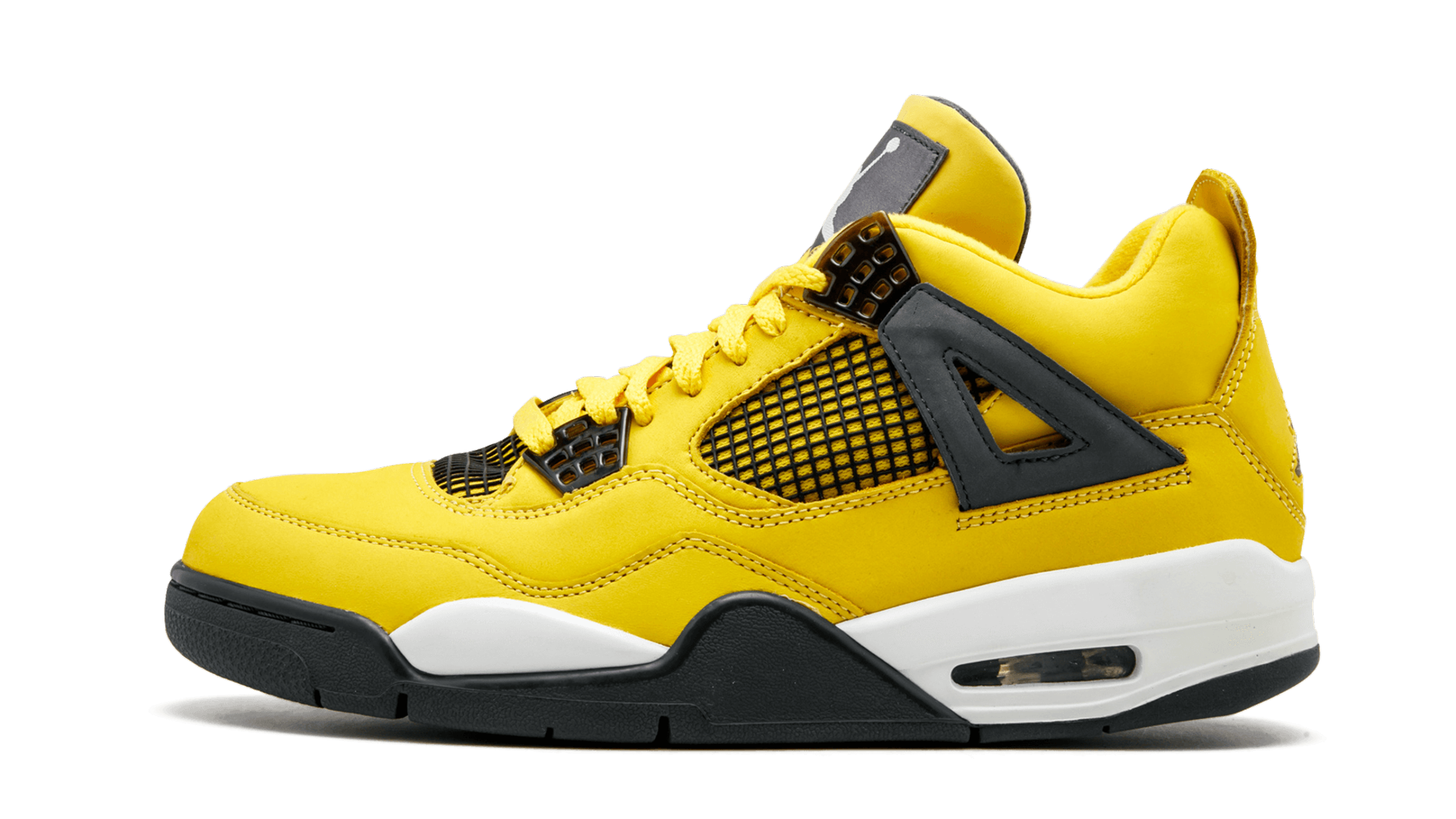 One of the most sought-after colorways of the Air Jordan 4 is reportedly returning to shelves in 2021.

According to leaker accounts DJ Folk, Soleheatonfeet, and zSneakerheadz, an Air Jordan 4 dressed in the “Tour Yellow/Multi-Color/Multi-Color/Dark Blue Grey” colorway is slated to release in August ’21. The reporting also included images of the “Lightning” Jordan 4 that released in 2006, which suggests that the upcoming pair could be similar. The bold ’06 iteration was inspired by Michael Jordan’s Motorsports team and has gone on the become one of the most coveted Jordan 4 colorways after releasing as an online exclusive to jumpman23.com.

It’s worth noting that the “Lightning” color scheme for the ’06 release was “Tour Yellow/Dark Blue-Grey-White” rather than the one shared in the latest leaks, but as of now, the 2021 version is expected to be somewhat similar to the original iteration.

Official release details and a first look at the upcoming “Lightning” Air Jordan 4 have yet to surface, but we’ll keep you updated with new developments as they become available.

UPDATE (11/10): We’re still months away from its rumored release, but additional information about next year’s welcomed return of the “Lightning” Air Jordan 4 has surfaced. According to DJ Folk and Coley2xs, the popular style is expected to hit shelves on Aug. 7, 2021, and will be available in men’s and grade school sizing. As of now, Jordan Brand has yet to confirm the release.