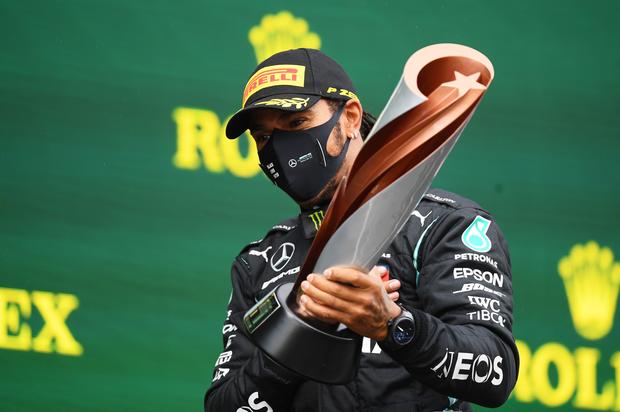 Lewis Hamilton is one of the biggest legends in the history of motorsports and he is far from finished when it comes to accomplishing everything the sport of Formula 1 has to offer. This season, Hamilton officially passed Michael Schumacher for the most wins in the history of the sport, and today, he tied Schumacher’s record for most championship wins, with seven.

Hamilton’s big achievement came earlier today at the Istanbul Grand Prix where Hamilton started from sixth on the grid. Despite the poor qualifying effort, Hamilton was able to jump out to the lead and held on as he notched the 94th victory of his career, all while securing that aforementioned seventh championship. After the race, Hamilton took to Instagram where he had a lot of thank yous to dish out.

“7X Formula 1 World Champion. Wow. To everyone that has supported me along the way, this is for you. To my incredible family, where do I even start? I am eternally grateful for your unconditional love, sacrifices and support,” Hamilton wrote. To my closest friends that have made this challenging season more bearable by continuously lifting my spirits, thank you, this year would have been so much harder without you. To every rival that has pushed me to grow and become better, thank you, I share this with you too. Last but not least, our most amazing team, @mercedesamgf1.”

Heading into next season, Hamilton will be looking to secure his 100th win, all while winning what would be a record-breaking 8th title. If he pulls it off, there is no denying he will be one of the most dominant athletes of this generation.