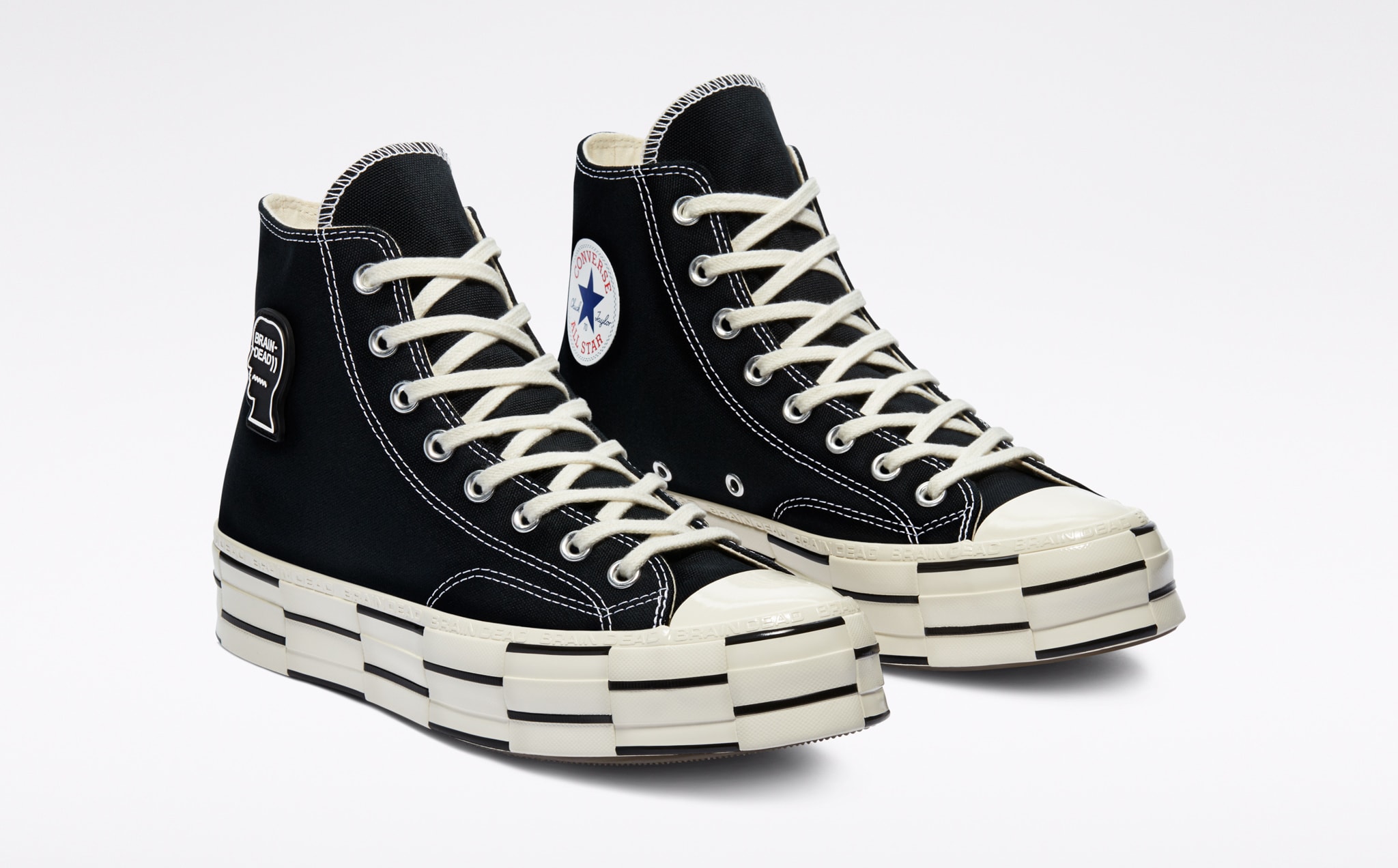 Fresh off a project with Reebok, Brain Dead is keeping its collaborative efforts going by introducing a new collection with Converse.

Dropping next for Kyle Ng’s streetwear collective is a set of Chuck 70 styles as well as a special iteration of the low-top Bosey MC model. Unlike their first capsule collection that dropped in 2018, Brain Dead warped its latest Chuck 70s by extending its height and adding various lines around the rubber rand of the tooling, while the canvas upper features co-branding on the sides. Also included in the capsule is the Bosey MC, a modern take on Converse’s Lakestream wading shoe from the 1940s.

The latest Brain Dead x Converse collection will be released on Nov. 19 at Wearebraindead.com, Converse.com, DSMLA, DSMNY, Brain Dead Milano, and at select retailers. The all-black version of the Chuck 70 will be releasing exclusively at Dover Street Market stores.