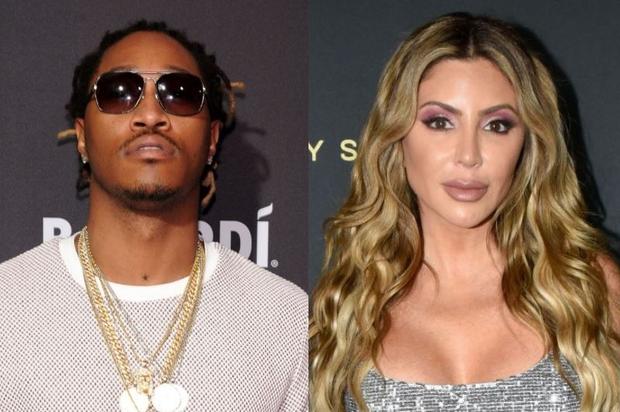 “He Was Definitely Very Romantic”

She also said that there were immediate sparks between them and they connected in the “most organic” way.

Rumors about the romance between Larsa Pippen and Future have brewed for years, but the former basketball wife is stepping forward to reveal her version of events. Larsa has maintained that she never cheated on her ex-husband Scottie Pippen with the rapper, regardless of what the gossip may have been. She recently shared with Hollywood Raw that she wasn’t with Scottie when she met the Pluto x Baby Pluto artist and stated that there was a romantic connection almost immediately.

Larsa claimed that in 2015, she and ex-husband Scottie Pippen decided to separate. She lived in Miami while he split his time between Arkansas and their Chicago home. She said it was the first time she’d done anything by herself because she’d always “managed his whole life” while being a mother to four children. During that time, she met and dated Future and contrary to rumors, it was a real connection.

“It was definitely a respectable relationship,” said Larsa. “It wasn’t like a—it was just like we were friends and we needed each other at that moment. And that was basically it. I think people make more of it. It’s just better conversation for people to say, oh she cheated on him, she this, she that. It was none of that. Scottie wasn’t even living at home with me.”

Larsa explained that she “met [Future] at a dinner party in Miami” and said there were sparks right away. Their first date was “pretty interesting” according to Larsa, “because he was definitely not what I thought he was going to be like. He was definitely very romantic and different than I expected him to be.” She thought he would be more aggressive or spit lyrics, but said “it was on a very normal type of situation. I love him, he’s the best. He’s great.”

She then detailed their first date and how they related to one another in the “most organic” way as he shared information about his upbringing and she spoke about her life. Watch the clip of her Hollywood Raw interview below.